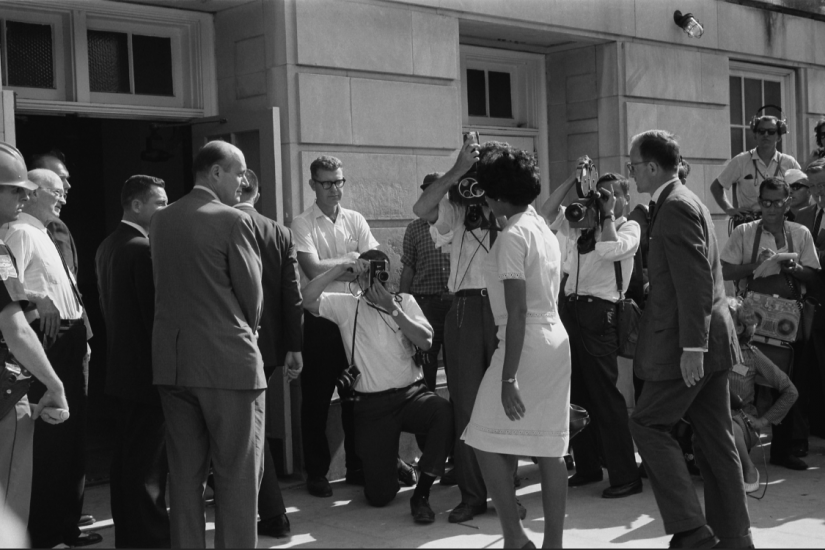 Vivian Malone, one of the first black students to attend the University of Alabama, enters campus to register for classes.
Warren K. Leffler/Library of Congress
…

The left has been ceded a monopoly on caring about black people, and monopolies are dangerous. They create ossified institutions, paralyzed by groupthink and incapable of self-reflection. To the extent that liberals are willing to be self-critical, it’s generally to flagellate themselves for not being liberal enough, for failing to stand fast with the old, accepted orthodoxies. Monopolies also lead to arrogance and entitlement, and the left is nothing if not arrogant when it comes to constantly and loudly asserting its place as the One True Friend of Black America. And yet, as good as liberal policies on race sound in speeches, many of them don’t hold up in the real world.

There is no shortage of people ready to pounce on every instance of Republican racial insanity, but there is also no expectation that those Republicans will reform any time soon. It is therefore imperative that at least some Democrats begin to shift the discussion to what is wrong with themselves. With the right being derelict, the left assumes stewardship of our new multiracial America by default. So there is an added responsibility to get it right, to purge outdated orthodoxies, admit past mistakes, and find real solutions that work.

Taking the occasion of Black History Month, over the next few weeks I’ll be writing a series of pieces for Slate delving into the history and consequences of the liberal establishment’s mishandling of this volatile issue. And if you’re going to look at where the left went wrong in repairing the sins of Jim Crow, you have to start at the beginning, with the squandering of the greatest liberal victory of all: the 1954 Supreme Court decision meant to put an end to segregated schools, Brown v. Board of Education.