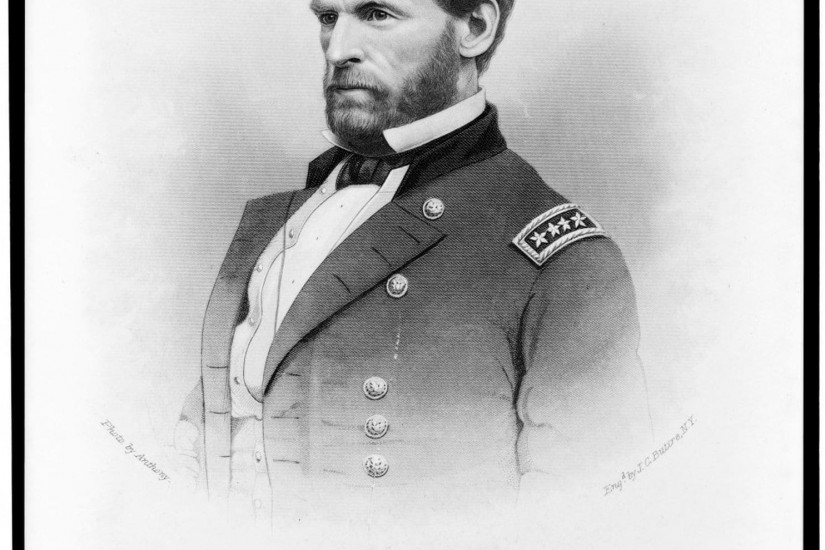 Portrait of General William T. Sherman. Sherman made up half of the peace commission that negotiated the U.S.-Navajo Treaty, a copy of which was recently discovered in a Massachusetts attic.
Library of Congress
…

By 1868, the Navajos at Bosque Redondo had answered enough questions. Now they wanted to negotiate with delegates from the U.S. government.

On May 27, two members of the peace commission arrived: Tappan and Sherman. After three days of councils with the Navajo headmen, Tappan and Sherman agreed to send the Navajos back to their homeland, give them 15,000 sheep and goats and 500 beef cattle, and provide material goods for 10 years. The Navajos consented to live within their new reservation boundaries; cease raiding New Mexican and other Native American communities; allow forts, an Indian agency and a railroad on their lands; and send their children to English-speaking schools.

For the Navajos at Bosque Redondo, the moment was bittersweet. On the one hand, they had successfully persuaded the U.S. government to give them what they wanted, and the treaty itself recognized their sovereignty. It was a moment that represented their strength and perseverance as a people. On the other hand, as  Navajo historian Jennifer Nez Denetdale has noted, it was “the point at which the Navajo people lost their freedom and autonomy, and came under American colonial rule.”

Three copies of the U.S.-Navajo Treaty, signed June 1, 1868, recorded this agreement. Tappan and Sherman gave one copy to Barboncito, a headman who had spoken on behalf of all of the Navajos; this copy has since disappeared. A courier took one copy back to Washington, D.C., to submit to Congress; this copy was preserved at the National Archives.

Tappan took his copy of the treaty, tied with a red ribbon, from Bosque Redondo to Santa Fe, then on to Denver City and east to the nation’s capital. His copy was meant to be filed with the records of the peace commission. Kitty Weaver does not know why Tappan kept it, but she thinks he probably placed it with other personal papers in the attic of the family home in Manchester-by-the-Sea, Mass, when he returned there in July 1868. It was passed down to Weaver in 1975.

The treaty, however, is not just a family heirloom. It is one of the most significant documents produced in the 19th century, evidence of the importance of the West in waging the Civil War and the war’s role in shaping federal Indian policy. The treaty also reveals the resilience of the Navajos, who used the negotiations to secure a measure of freedom for themselves.