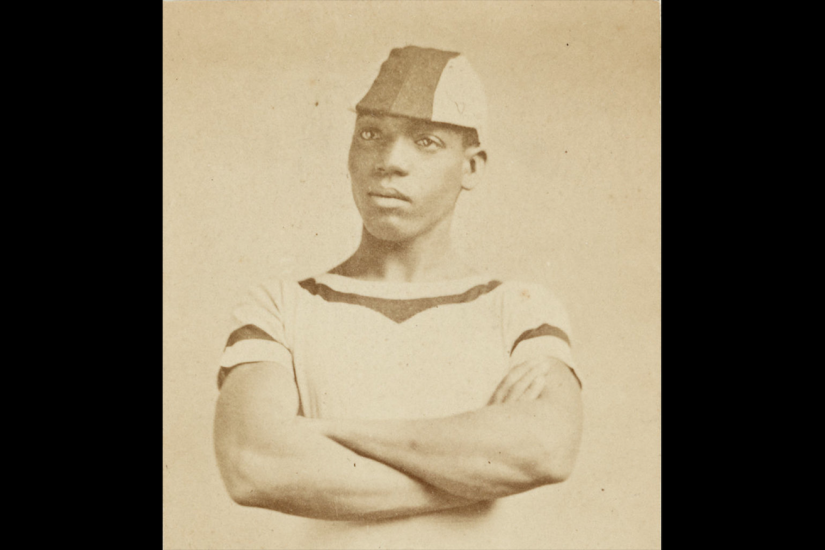 On April 10, 1880, New York’s original Madison Square Garden was packed with sports fans. Men in the arena roared. Ladies waved their handkerchiefs. A band struck up “Home Sweet Home,” the classic 1823 American folk ballad. They had come to see Frank Hart, one of the best “pedestrians” of his day.

“I’ll break those white fellows’ hearts!” Hart, an immigrant from Haiti, vowed before the race. “I will—you hear me!”

Eighteen men competed in the race. Three of them were African Americans, including Hart. After Hart crossed the victory line, fans showered him with bouquets of flowers. His trainer handed him a broomstick to hold the American flag aloft during his victory laps.

Hart had won a “six-day go-as-you-please” endurance race. “The rules were simple,” explained Mile High Card Company, a sports auction house, in 2010. “Participants, called ‘pedestrians’ were free to run, walk, crawl, and scratch their way around an oval track as many times as possible in the course of six days, sleeping on cots within the oval, and usually for less than four hours per day.” Hart set a new world record by walking 565 miles, or 94 miles per day. His prize was $21,567, including $3,600 he legally betted on himself. It was the equivalent of almost a half million dollars today.

Hart broke racial barriers in sports just 12 years after African-Americans achieved full citizenship with the Fourteenth Amendment to the U.S. Constitution. And yet, in the 21st century, he has been largely forgotten. However, the recent discovery of a Frank Hart trading card, now for sale through Heritage Auctions, the nation’s largest collectibles auction house, has illuminated his legacy once more.

For a brief period from the late-1870s through the 1880s—at the dawn of professional baseball in the United States—pedestrianism was the national pastime. And Hart was one of its leading names.