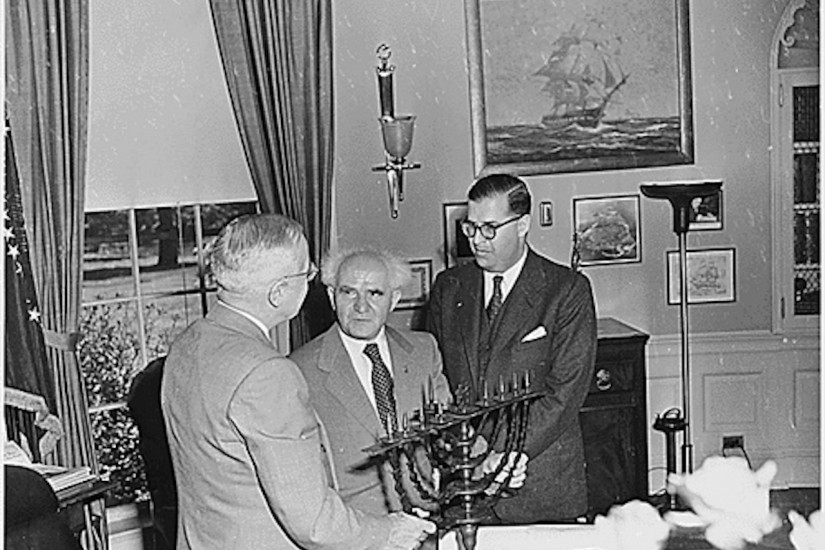 The Israel lobby in the United States was born not only of the needs and desires of Americans, but also of violence and conflict in a place far from American shores. This lobby was made in many places—not only in Washington, DC, and New York, but also in Tel Aviv, Jerusalem, and the Jordanian-occupied West Bank of Palestine. In the years soon after the founding of the State of Israel in 1948, the most active U.S. supporters of Israel were Jews, often (though not always) self-identified Zionists. They could not ignore the actions and demands of Israeli leaders, who sometimes reached across borders to intervene forcefully in American Jewish affairs, and whose actions had powerful repercussions for the U.S. government's foreign relations. At the same time, the internal dynamics of American Jewish life and the complex interactions between American Jewry and Israeli leaders shaped and directed the evolution of the Israel lobby.

The American “lobby for Israel,” as I. L. Kenen called it, has been a matter of high interest at least since the 1980s, yet its true history, and particularly its beginnings in the early 1950s, remain obscure.1 Kenen for twenty years ran the American Israel Public Affairs Committee (AIPAC), which would become the best-known element of the lobby. This organization's original name had been the American Zionist Committee for Public Affairs (AZCPA), and it had begun operations in 1954. Much excellent scholarship on U.S.–Israel relations in the 1950s exists.2 However, in this international history, Jewish groups and activists make only cameo appearances.3 More surprising, this formative era in the organization of pro-Israel forces in the United States has been neglected in histories of American Jewry.4 The same is true even of works on American Zionism, most of which analyze the pre-1948 era.5 The basic text on U.S. Zionism after 1948 terms the 1950s “a period of marking time.”6 According to such narratives, that “time” was an inward-turning era—one that ended, in a real sense, only with the 1967 “Six-Day War” between Israel and its Arab neighbors, when Jews in the United States supposedly became preoccupied with Middle Eastern affairs for the first time since the 1940s.7 There is truth in that version of events, but the story ought to be fuller and more complicated.