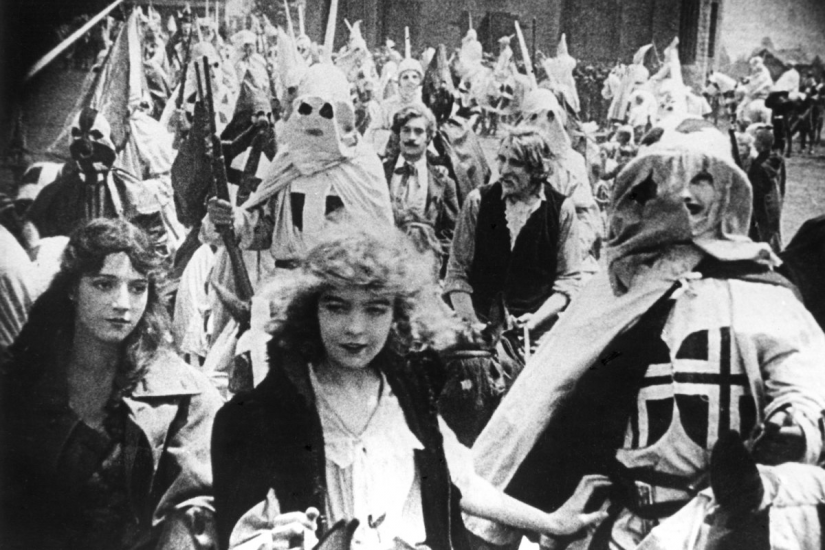 In Forgeries of Memory and Meaning, Robinson explains why Griffith’s film catalyzed this movement. This was no ordinary film. Based on Thomas Dixon’s novel The Clansman (1905), it consolidated and circulated old racial fabulations and new fictions in the service of capitalist expansion and modern white supremacy—in the United States and abroad. The Birth of a Nation was historical alchemy, turning terrorists into saviors, rapists into chivalrous protectors of white women and racial purity, and courageous and visionary blacks into idle, irresponsible ignoramuses, rapists, and jezebels. Black people were not only unfit for democracy but they threatened social order. President Woodrow Wilson (who screened Griffith’s film at the White House) praised it as American history written with lightning—and like lightning, its historical reworking had an obliterating effect on truth. Robinson identified it as a “rewhitening of America,” a gallant effort to obliterate all vestiges of the black struggle for social democracy during Reconstruction.

For Robinson, 1915 marked the formation of a new “racial regime.” ith the term, Robinson meant:

"constructed social systems in which race is proposed as a justification for the relations of power. . . . [T]he covering conceit of a racial regime is a makeshift patchwork masquerading as memory and the immutable. Nevertheless, racial regimes do possess history, that is, discernible origins and mechanisms of assembly. But racial regimes are unrelentingly hostile to their exhibition. This antipathy exists because a discoverable history is incompatible with a racial regime . . . [and its] claims of naturalism."