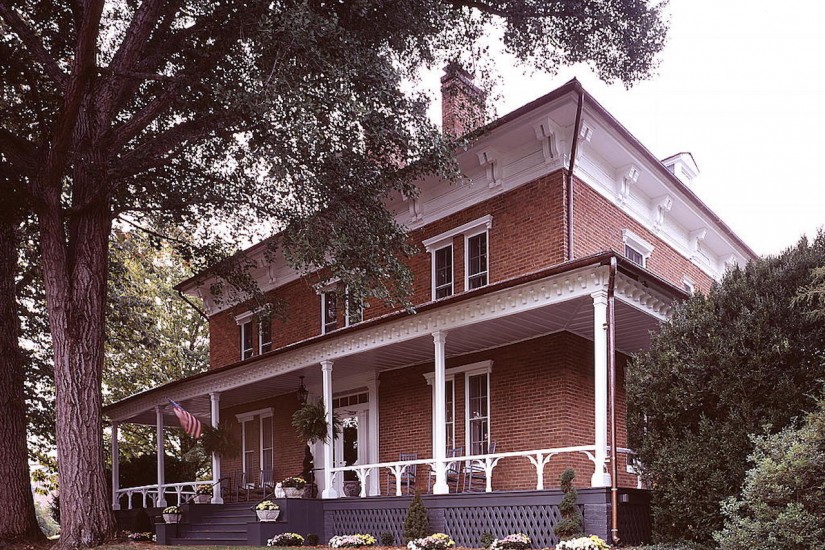 The president's residence at Washington and Lee University, which first housed Robert E. Lee in 1868.
Library of Congress

In recent years, many colleges have studied their histories, publicized their ties to slavery or segregation, and reconsidered symbols that strike critics as inappropriate for an era of inclusiveness. Statues have come down. Buildings have been renamed. New institutional histories have been published.

Washington and Lee University has not been immune. President George Washington provided an initial endowment for the college. Robert E. Lee was president of what was then Washington College from 1865, shortly after he surrendered his army, until 1870, when he died. As president, he led the college to financial stability and expanded the curriculum. His ideas are credited with the eventual development of the university's honor code. Shortly after he died, the board of the college changed the name of the institution to Washington and Lee. All presidents since Lee have lived in his house.

In 2014, the university apologized for having once owned slaves and said it would move Confederate flags near a statue of Lee in a chapel used for key university events. But if university leaders thought at the time that it had responsibly handled its history, they stopped thinking that last summer. The university has always promoted the view of Lee as flawed but worthy of honor. There has been more talk about his military genius and his work after the Civil War to promote reconciliation, and less talk about how he defended a system based on slavery, and participated in that system himself.

So with the initial calls in recent years for statues to come down, at Washington and Lee and elsewhere, Robert E. Lee wasn't the prime target. The University of Texas at Austin removed a statue of Jefferson Davis in 2015 but left a statue of Lee up until last year. Duke University also removed a Lee statue last year.

Both universities acted after last year's deadly white supremacist rally in Charlottesville, Va. -- organized on the premise of protesting the planned removal of a Lee statue in the city. While the statue in question was not at the University of Virginia, a march by white supremacists on campus featuring Nazi slogans stunned academics there and elsewhere.