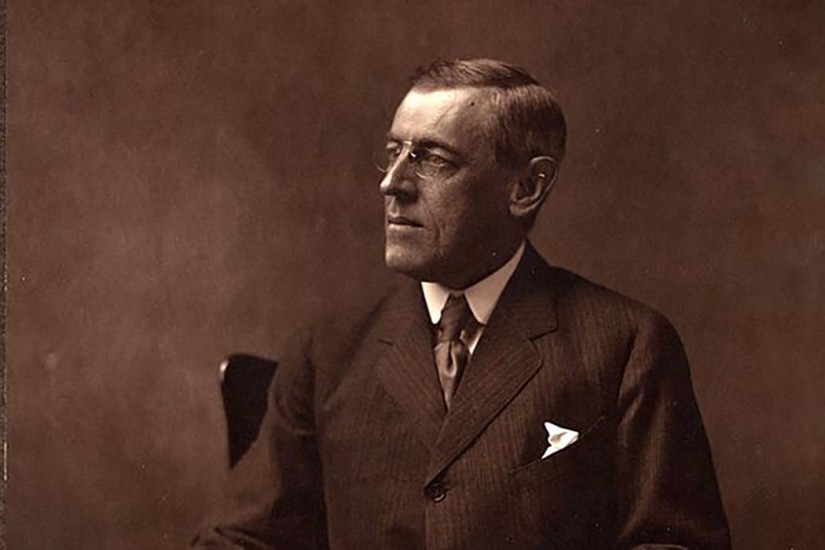 Like not a few past national American leaders, Woodrow Wilson has come under closer inspection for his flaws in the past few years, including at his beloved Princeton University, where the Woodrow Wilson School has wrestled with his legacy on, among other things, race relations. A 10-member committee examined the matter of renaming the school. It decided that his views “clearly contradict with the values we hold today,” but concluded that expunging his name was not a good idea. There is also a Woodrow Wilson High School in the nation’s capital, but for now there does not appear to be a movement to alter its designation.

For many years, it was conservatives who dinged Wilson. Perhaps his most virulent detractor was H.L. Mencken, the sage of Baltimore. He took an almost lascivious pleasure in dismantling Wilson, referring to him as Moses and scorning his oratory for “its ideational hollowness, its ludicrous strutting and bombast, its heavy dependence upon greasy and meaningless words, its frequent descent to mere sound and fury, signifying nothing.” But later conservatives, such as Richard M. Nixon, admired him, and George W. Bush sounded very much like Wilson in his second inaugural address, when he proclaimed, “It is the policy of the United States to seek and support the growth of democratic movements and institutions in every nation and culture, with the ultimate goal of ending tyranny in our world.”

What to make of Wilson’s fascinating and influential presidency and life? O’Toole offers a fair-minded portrait of a vain moralist and political visionary whose certitude could exceed his judgment. She chronicles Wilson’s rise from the presidency of Princeton to becoming governor of New Jersey to president in the quadruple-contested election of 1912. Absent the Bull Moose candidacy of Theodore Roosevelt, which crippled his erstwhile protege William Howard Taft, Wilson would probably never have become president. After he won, however, the rectitudinous Wilson was able to give full vent to his crusading impulses in both domestic and foreign policy.