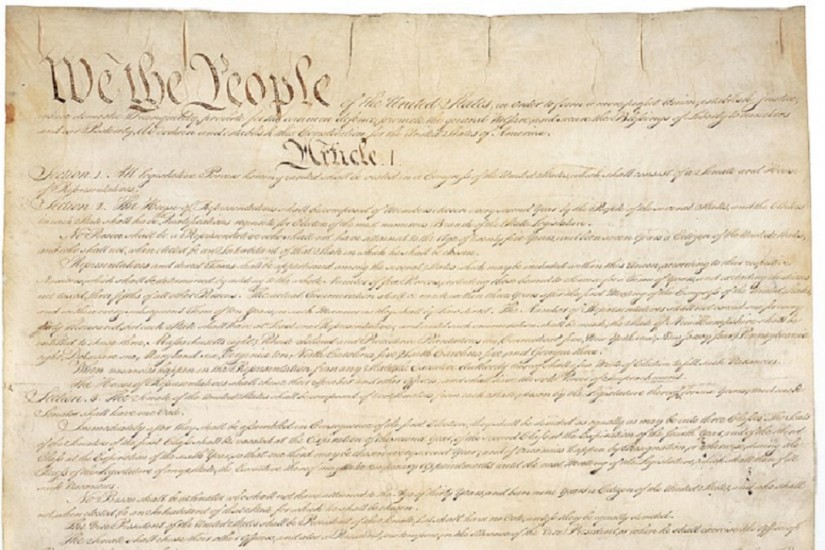 First page of the Constitution of the United States 1787.
National Archives and Records Administration

Can the president be indicted while in office? Rudolph Giuliani, at this writing one of President Trump’s lawyers, apparently wants the public to believe that there is a clear answer to that question—the one that by coincidence favors his client.

The one thing I am sure of is that there’s no clear answer.

There’s no caselaw, but we have four interesting government memos dating back half a century. I reviewed them, and asked six prominent legal scholars how we should look for an answer.

Start with the memos—one issued by the Justice Department’s Office of Legal Counsel (OLC) during the waning days of the Nixon presidency; a contemporaneous memo by the late Robert Bork, then solicitor general, advising a district court that a vice president could be indicted; a 2000 opinion by the OLC reaffirming the 1973 opinion; and, finally, a 1998 opinion by a lawyer in Kenneth Starr’s Office of the Independent Counsel investigating President Bill Clinton.

The first OLC memo was issued on September 26, 1973, not long before the October 20 “Saturday Night Massacre,” in which Nixon directed officials of the Justice Department to fire special prosecutor Archibald Cox, and the top two Justice officials resigned, leaving the dirty work to then-Solicitor General Robert Bork.

That memo considers the Constitution’s text and finds no answer. It says, correctly, that there is no “airtight separation of powers, but rather … a system of checks and balances, or blending the three powers.” The Constitution provides very limited immunities for members of Congress and none for the president. The impeachment clause says that any official impeached can be tried—at least, but not clearly only, after removal. The debates during the framing and ratification of the Constitution suggest that the president is subject to laws like any citizen, but never discuss prosecution in office.