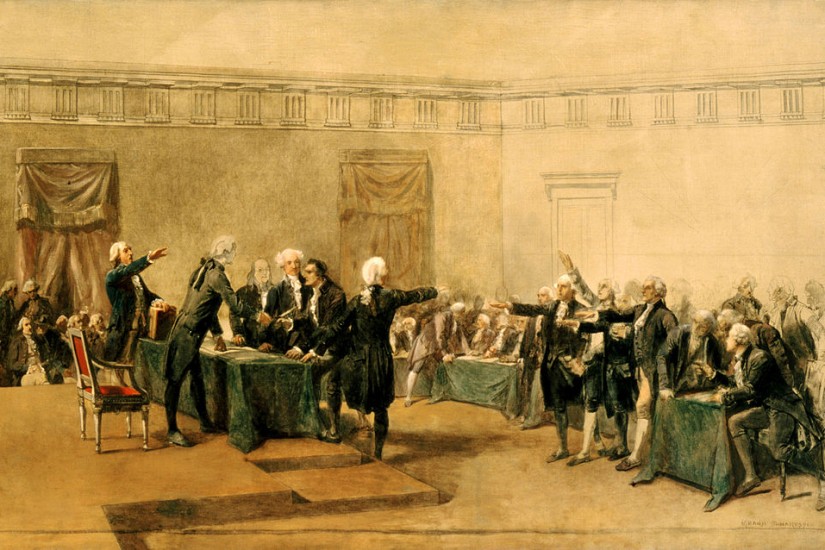 We hold this truth to be self-evident: John Hancock’s signature on the Declaration of Independence was too big. But what if the problem wasn’t that Hancock’s signature was too large—it was that everyone else’s was unnecessarily small? What if Hancock’s only looks grandiose by comparison with the self-abnegating autographs of his fellow continental congressmen?

The measurements above are all based on a proportional digital copy of the “engrossed” copy of the Declaration. The engrossed copy is not the first published Declaration of Independence. The first published version is known as the Dunlap broadside and was signed only by John Hancock, who was the president of the Continental Congress, and Charles Thomson, its secretary. It was set in type and printed on July 4, 1776, then distributed to the colonies. After the Dunlap broadside was published, the Declaration was handwritten on a piece of parchment and confirmed by the members of the congress to be identical to the typeset original. This handwritten version is the engrossed copy. It—or an engraved copy of it made in the early 19th century, when the original started to fade—is what you are most likely used to seeing in textbooks or patriotic montages. Unlike the Dunlap broadside, the engrossed copy bears the names of 56 signers, including Benjamin Franklin, Thomas Jefferson, and John Adams. It’s currently on display at the National Archives.