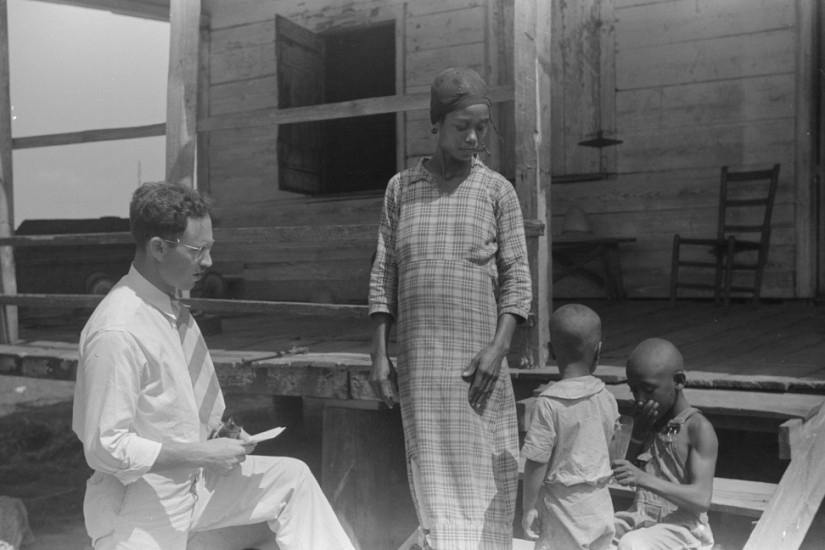 In her new award-winning book, Medical Bondage: Race, Gender, and the Origins of American Gynecology, historian Deirdre Cooper Owensdescribes the experimental work of early American gynecologists, including Dr. James Marion Sims, “the father of modern gynecology.” Beginning in 1844, Sims famously performed his experiments on enslaved women in Alabama, including Anarcha, Lucy, and Betsy, who he leased for the purpose of gynecological experimentation. Repeatedly performing his crude experiments without any form of anesthesia as he attempted to be the first to repair vesico-vaginal fistulae, Owens writes that, “After five years of medical experimentation, Sims performed his thirtieth surgery on Anarcha and successfully repaired her fistula” (38). “Thanks in large part to his experimentation on enslaved black women,” she adds, “Sims had established himself as one of the country’s preeminent gynecological surgeons less than a decade after he began his gynecological career” (39). Due to these experimental procedures on enslaved Black women and the subsequent rapid advancements in the field of gynecology, Sims eventually served as the president of the American Medical Association in 1875 and the American Gynecological Society in 1879.

With her concise scholarly monograph on the history of American gynecology and the exploitation of enslaved Black and Irish women’s bodies in the early to mid-nineteenth century, Owens centers medical case narratives, patient histories and procedures transcribed in medical journals, judicial cases from appellate courts, physician’s daybooks, as well as formerly enslaved women’s narratives to better encapsulate the ways that Black and Irish women experienced professional medical care and racism before the American Civil War. These primary sources, Owens writes, are “just as important as plantation records, ledgers, and interviews in what they reveal about doctors’ objectifying attitudes towards slaves and poor immigrants” (8). Of her five chapters, four revolve around enslaved Black women. She relies on “scant” archives of medical journals, textbooks, and hospital records to piece together a comparative history of Irish women’s racialized medical experiences in the mid-nineteenth century in her fourth chapter.

Medical Bondage joins a growing body of work committed to centering Black subjectivity; expanding an understanding of the social construction of gender and Black femininity beginning in enslavement; and revisiting slavery’s capitalism.