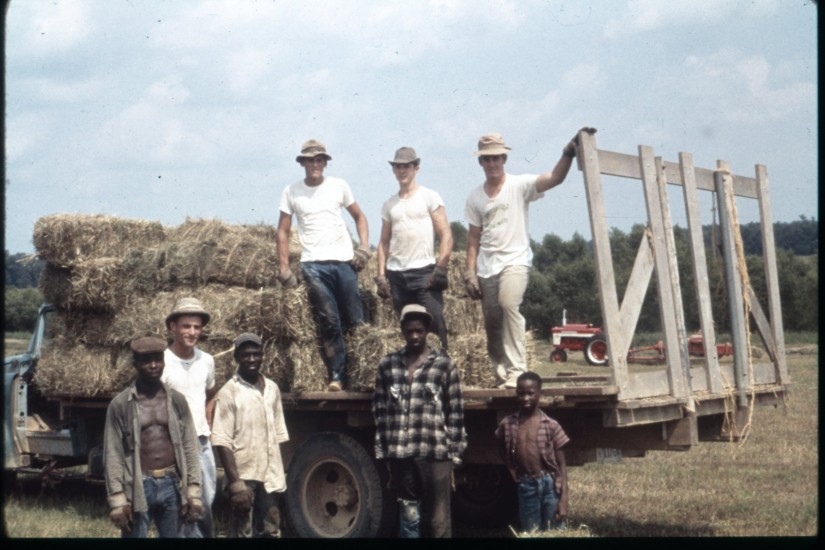 Ferris will retire July 1 from the University of North Carolina after a 50-year-plus career of recording Southern voices and sharing them with people who would otherwise not have heard the magic in them. But perhaps the most critical part of his life’s work is how he helped Southerners understand each other better. Long ago, he dedicated his life to letting the South hear itself, thus teaching us what we have in common and showing the connections that happen despite barriers of race and class.

Two characteristics mark all Ferris’ work. The first is his lifelong conviction that Southern culture’s oral traditions — the words, stories, and songs of regular folks — are just as important as its written literature. Second, his approach to what he studies is purely catholic, in the sense of the word that means “comprehensive or very broad in sympathies, understanding, appreciation, or interest: not narrow, isolative, provincial, or partisan.” With his thousands of photographs, field recordings, and films, he has put unheard church choirs, blues singers, and even a Yazoo City, Mississippi, quilter named Pecolia Warner onto the same pedestal as great artists like Alice Walker and Robert Penn Warren.

Why? Because Bill Ferris has always believed our oral traditions — our stories, our songs, our folklore — are the best tools to show Southerners that what they have in common is powerful enough to break the walls of race and class. He has shown us how all Southerners are inextricably connected.

“Studying the South, you have to say we're all part of it and we all are connected,” Ferris says. “It's what Balzac called ‘La Comédie Humaine,’ the human comedy. Faulkner created this Yoknapatawpha County world in which black and white, and old and young, and men and women, they are all in there. And that's how I saw the folklore vision and what I tried to do. You interview everybody, and they're all connected.”

Not only has he unearthed thousands of figurative connections but also hundreds of literal ones that stitch the quilt of Southern culture together.

“You know, Ray Lum the mule trader was connected to Willie Dixon, the blues composer — taught him to ride horses. They knew each other.”

The late mule trader once told Ferris, “You live and learn and then you die and forget it all.” It’s a funny bit of folk wisdom, but Ferris clearly has not lived by it. In his view, what Southerners live and learn should be recorded.