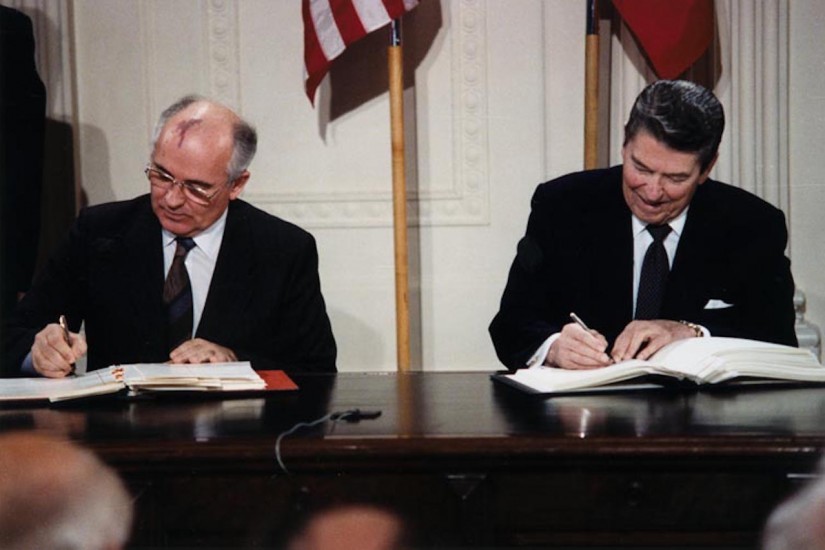 The similarity between the situation today and the conditions in 1983 does not need to deepen pessimism about the prospects for Russian-American relations, though. If we remember correctly how the Cold War ended only five years after the severe dangers in 1983, we can gain inspiration for how to begin to overcome the suspicion and antipathy of the “new cold war.”

In 1983 Ronald Reagan called the Soviet Union an “evil empire” and condemned Soviet leaders as cold-blooded, barbarous murderers for the shoot-down of Korean Airlines flight 007. Meanwhile, Soviet propagandists depicted Reagan as a maniacal warmonger driven by a primitive anticommunism to wage dirty covert wars in Central America and elsewhere. The lack of contact and communication between top leaders increased the risk of a dangerous misunderstanding of miscalculation.

Yet just five years later – on a beautiful morning in Moscow thirty years ago this week – when a reporter asked Reagan whether he still considered the Soviet Union an “evil empire,” he replied: “No, that was another time, another era.”

Those few words – and the dramatic improvement in Soviet-American relations they reflected – have important meaning for today, when American-Russian relations seem to be hopelessly mired in mutual suspicion and prominent American politicians vilify Vladimir Putin as “evil.”

Reagan’s statement in 1988 seemed to many to be the most striking moment in the days Reagan spent in Moscow – even more important than his arms reduction discussions with Mikhail Gorbachev. But commentators diverged radically in their responses.

Soviet officials hailed Reagan’s statement as a reflection of the fading away of Cold War hostility and the success of their efforts to end the mutual enmity. On the other hand, American anti-communists like William F. Buckley and Zbigniew Brzezinski rebuked Reagan, adamantly insisting that the Cold War was not over and the Soviet empire was still evil.

The story of those different responses to Reagan’s remark offers two major lessons.

First, the Soviet celebration of Reagan’s statement on May 31, 1988 should remind us that, contrary to some mythmakers, American-Soviet conflict did not end in 1991 with a defeated Soviet Union hauling down the red hammer and sickle flag over the Kremlin. Instead, the superpower arms race and geopolitical rivalry ended through a process of respectful dialogue and negotiations that focused on common interests.