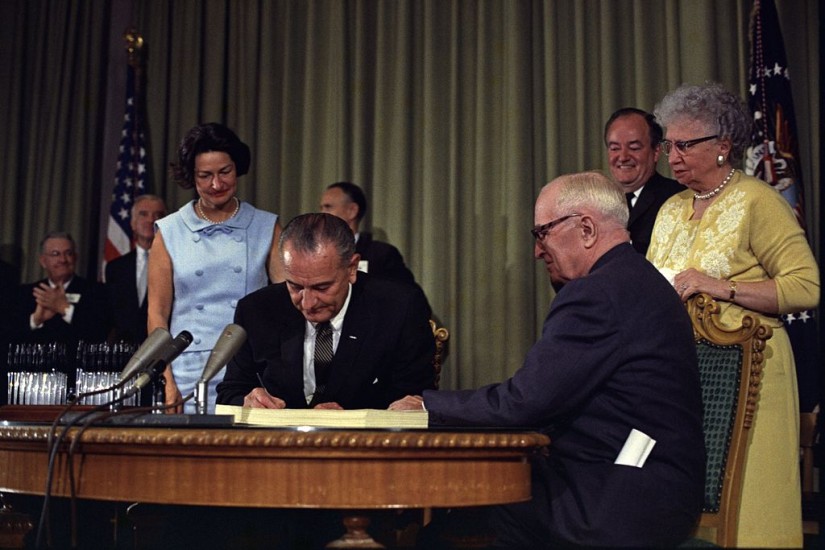 Before Congress passed Medicare and Medicaid in 1965 millions of elderly Americans lacked health insurance. They could not afford to go to the hospital, nor could they cover the cost of a physician. Medical breakthroughs ranging from antibiotics to new surgical procedures kept increasing the cost of health care, but the elderly were left out in the cold, and were unable to buy the insurance that was being given to workers in manufacturing jobs.

For them, just going to the hospital could result in bills that would take a decade to pay off. The old then squeaked by on getting special rates from doctors and hospitals who knew they had limited resources. Many relied upon their families to help them pay. There was no safety net whatsoever: One 1963 survey found that nine out of 10 couples, and eight out of 10 elderly individuals, paid for their own care without help from government or private sources.

Since 1946 through 1952, when Harry Truman was president, liberals had argued that the United States lagged behind other countries by failing to guarantee health care to all of its citizens. But in the ensuing decades, health care reform had been a losing issue for Democrats. Taking on the health care issue was a top liberal issue, but it wasn’t easy. The U.S. had a well-developed system of private health care, which meant that when liberals pushed for their policy, those with a vested interest in the existing system—including doctors—would have reason to say no. The process of crafting Medicare and Medicaid, building a federal program on top of a well established private system, left scars on the legislation itself so that these unresolved arguments from half a century ago still haunt American health care today.