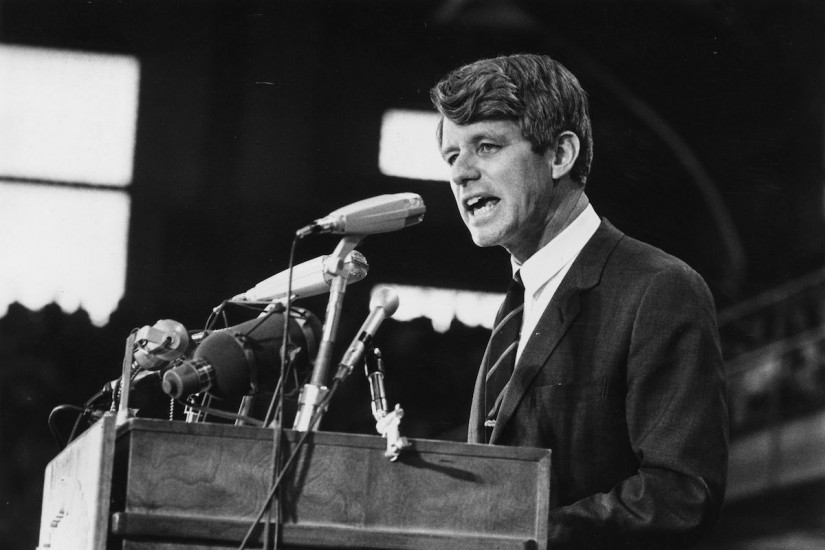 With “only a cleaning of our whole society can remove this sickness,” he turns to American institutions. “For there is another kind of violence, slower but just as deadly, destructive as the shot or the bomb in the night,” he declares. “This is the violence of institutions; indifference and inaction and slow decay. This is the violence that afflicts the poor, that poisons relations between men because their skin has different colors. This is a slow destruction of a child by hunger, and schools without books and homes without heat in the winter. This is the breaking of a man's spirit by denying him the chance to stand as a father and as a man among other men.”

He proposes no specific program of remedies, “nor is there a single set.”


Yet we know what we must do. It is to achieve true justice among our fellow citizens. The question is now what programs we should seek to enact. The question is whether we can find in our own midst and in our own hearts that leadership of human purpose that will recognize the terrible truths of our existence. We must admit the vanity of our false distinctions among men and learn to find our own advancement in the search for the advancement of all. We must admit in ourselves that our own children's future cannot be built on the misfortunes of others. We must recognize that this short life can neither be ennobled or enriched by hatred or revenge. Our lives on this planet are too short and the work to be done too great to let this spirit flourish any longer in our land.

Barack Obama once mused, “he was able to look us in the eye and tell us that no matter how persistent the poverty or the racism, no matter how far adrift America strayed, hope would come again … His was a politics that, at its heart, was deeply moral––based on the notion that in this world, there is right and there is wrong, and it’s our job to organize our laws and our lives around recognizing the difference.”

But an assassin killed Kennedy, the Democratic nomination went to Hubert Humphrey, and he was beaten by Nixon, whose politics, at its heart, was deeply immoral.