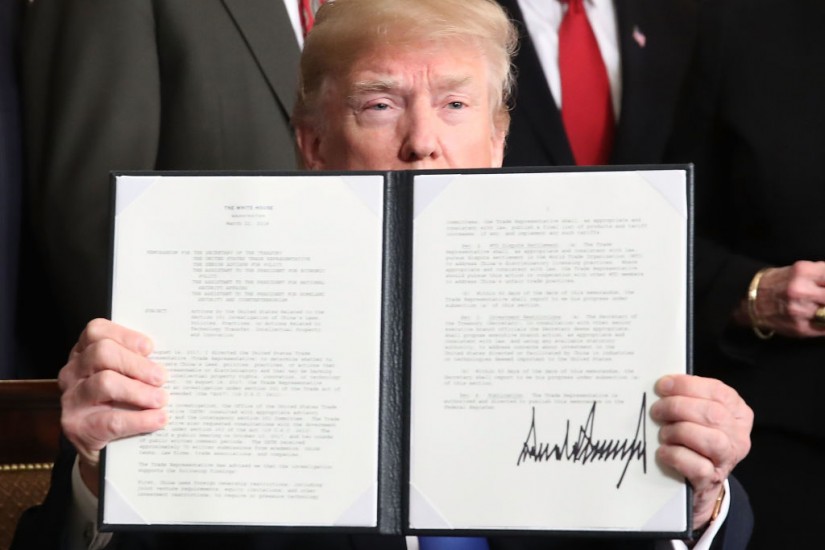 There have been some rumblings and grumbling about whether President Trump has the power to be imposing tariffs. After all, the Constitution gave Congress the power to “lay and collect Taxes, Duties, Imposts and Excises” and “to regulate Commerce with foreign Nations.” The language is clear.

And yet, Trump has been able to move unilaterally because Congress gave this power away to the executive branch in 1934.

Before the 1930s, Republican congresses jealously guarded their tariff-making authority, which they used to protect the U.S. market for American manufacturers and workers. Democrats — both southern cotton growers and later liberal internationalists — were free-traders, who constantly sought to reduce the tariff to encourage exports, expand foreign trade and create international cooperation. Trade was the issue that polarized U.S. politics and tore families apart.

And then, in the wake of the Great Depression, the Democrats rode into office, became the dominant party and, as in so many other areas, passed laws assigning far greater power to the executive. This created a system that boosted free trade for decades but unwittingly forged the legal framework that now allows Trump to destroy their policy vision.

Franklin D. Roosevelt’s early New Deal programs took power from Congress and placed it in the executive branch. The argument was that Congress represented local parochial interests and could not adapt to the increasingly interdependent economic world created by industrial capitalism. The federal government and professional civil servants were better equipped to deal with the macro-economy, which they did through programs like the National Recovery Administration and Agricultural Adjustment Administration that limited economic production raise prices.

The Supreme Court eventually declared both programs unconstitutional. But the court was silent about the Democrats transferring the power to set tariffs and regulate trade from Congress to the executive branch, which was done through the Reciprocal Trade Agreement Act (RTAA) in 1934. Democrats again argued that the president, advised by professional civil servants, was better equipped than Congress to act in the national interest. They reasoned that if there was one area marked by parochial jealousies, it was in protected industries, such as wool, chemicals, textiles and shoes, seeking ever higher tariffs in the face of the Depression — precisely what economists said was the absolute worst thing for world economic recovery.