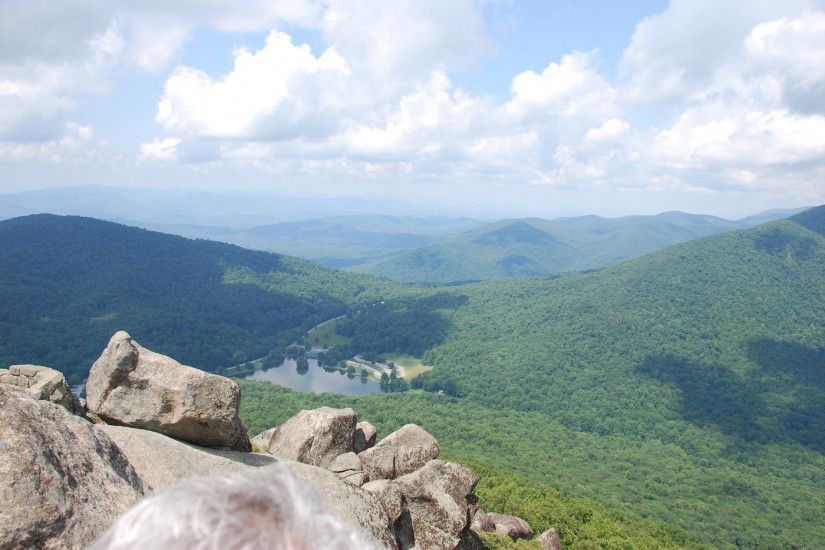 The Peaks of Otter overlooking the town of Bedford, Virginia, that is presumably in the radius of the location of Beale's treasure (2015).
flickr.com/vastateparksstaff
…

The backstory of Beale’s treasure has been re-hashed countless times: Beale was a 19th century adventurer who supposedly discovered gold and silver on a hunting trip near the modern New Mexico-Colorado border. He lugged the riches home to Virginia and buried them, reportedly concealing the details—the location, contents, and heirs of the treasure—in three separate ciphers. So far, only one of those codes, Cipher No. 2, which describes the contents of the treasure, has been decrypted.

The codes are basic substitution ciphers. Each number represents a letter of the alphabet, which can be found by numbering the words in a “key” text. (Take the cipher [87 118]. If the key text is Mary Roach’s book Stiff, just number each word in her book. The 87th word starts with “h.” The 118th word starts with “i.” Therefore, the code spells “hi.”)

As long as a key is available, a substitution cipher is a safe, simple way to encrypt a message. The trouble with Thomas J. Beale’s ciphers, however, is that we don’t have the keys.

For the past two centuries, attempts to solve the Beale codes have been a guessing game. In the late 19th century, an anonymous amateur cryptanalyst stumbled on the key to Beale’s second cipher—the Declaration of Independence—and revealed this opening sentence:


I have deposited in the county of Bedford, about four miles from Buford’s, in an excavation or vault, six feet below the surface of the ground …
The message describes the treasure in detail and ends with this maddening sweetener: “Paper number one describes the exact locality of the vault so that no difficulty will be had in finding it.”

So far, it’s been nothing but difficulty.

Amateur and professional cryptanalysts have desperately searched for the lost key texts, consulting the Louisiana Purchase, Shakespeare’s plays, the Magna Carta, the Monroe Doctrine, the United States Constitution, "The Star-Spangled Banner," the Lord’s Prayer, the Songs of Solomon, the Book of Psalms, old local newspapers, and even the thrilling text of the Molasses Act of 1733. “Cryptanalysts say a second-grader could break the ciphers if he lucked in on the documents on which they are based,” journalist Ruth Daniloff writes [PDF]. Until that happens, the other two ciphers will remain an unintelligible jumble of numbers.