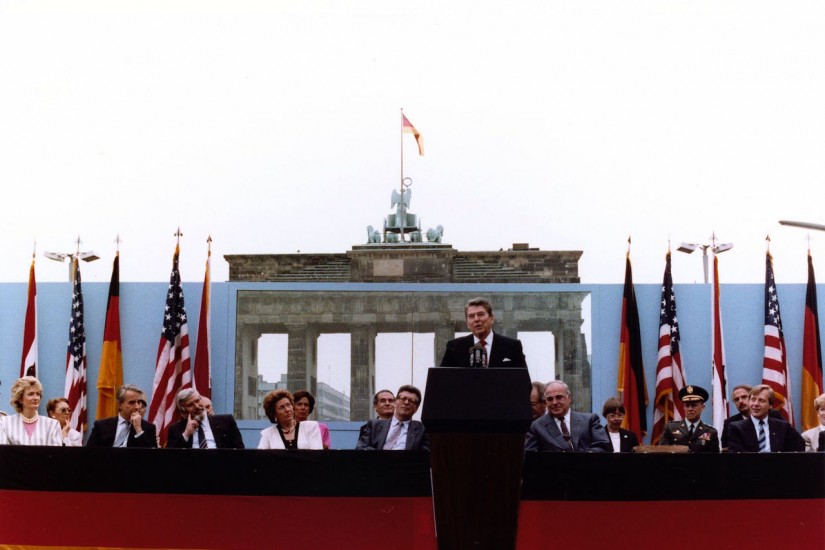 In 1977, in a private conversation with Richard Allen, the man who would become his first national security adviser, Reagan explained that his approach to the Cold War was simple: “We win, they lose.” Allen was stunned by the simplicity and brilliance of this formulation. Others have cited it as the most cogent framework for illuminating the evolution of Reagan’s strategy.

Thomas Reed, a special assistant to Reagan for national security, and a former secretary of the Air Force, narrates the other story. Reed reports that Stuart Spencer, Reagan’s political consultant, accompanied the candidate in July 1980 on a flight from Los Angeles to the Republican nominating convention in Detroit. Spencer asked, “Why are you doing this, Ron?” With no hesitation, Reagan answered, “To end the Cold War.” I am not sure how, Reagan went on to say, “but there has to be a way.” Reagan focused on the weakness of the Soviet system, his fear of nuclear war, and his frustration with détente. Reed then adds, “Reagan was not a hawk. He did not want to ‘beat’ the Soviets. He simply felt that it would be in the best interests of both countries, or at least of their general citizenry, ‘to end this thing.’”