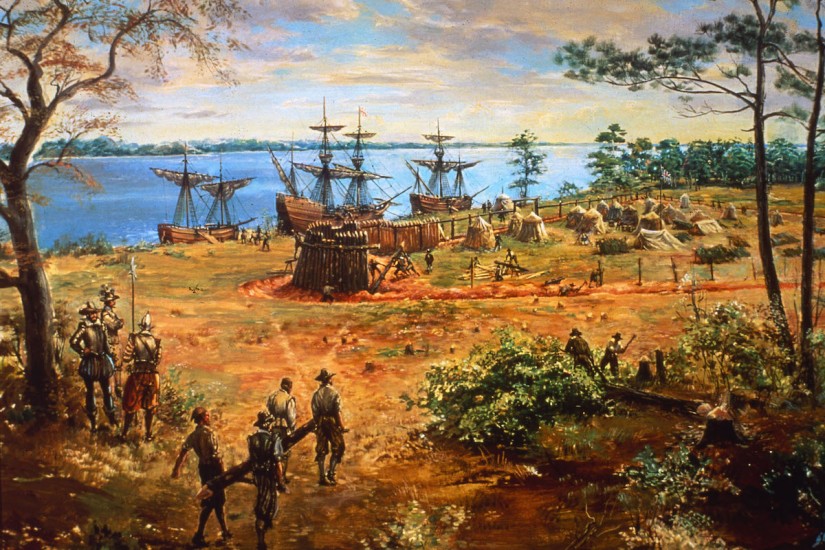 Early settlers carry lumber and raise the walls of the stockade fort at Jamestown, Virginia, the first permanent English settlement in America, circa 1610. Art created on January 02, 1754.
Hulton Archive/Getty Images

It brought riches to Britain and many other European nations; played a major role in enslaving more than 10 million Africans; and created the first global markets in cotton, tobacco and sugar. But now colonialism has been accused of having an even greater influence. It is claimed that it changed the Earth’s very makeup.

This is the view of two UK scientists who believe the impact of colonialism was so profound it can be detected in Earth’s air and rocks, an idea revealed in The Human Planet: How We Created the Anthropocene, by Simon Lewis and Mark Maslin, published last week.

The two researchers, who are based at University College London, describe the colonising of the Americas and other lands as “a planet-wide human-driven evolutionary experiment” which began in the 16th century and “will continue to play out indefinitely”.

Most scientists accept that humanity is now influencing our planet in ways that match geological forces such as tectonic plate movements. We are mining the planet’s surface, acidifying our oceans, creating new rock layers laced with plastic; and exterminating many species. The consequences of all these actions will be detectable in rocks for millions of years. This new epoch has been named the Anthropocene.

However, scientists disagree about the date on which the Anthropocene began. Some say it started with the explosion of the first atomic bombs, events that triggered a technological revolution while also leaving radioactive records in Earth’s rocks. Others say it is more recent in origin and point to plastics that now cover the planet and which, mixed with rocks, are forming their own distinct geological layers. Either way, the Anthropocene’s origins are viewed as being relatively recent.

But Lewis and Maslin disagree. They point to a far earlier event: the colonisation of the New World by European explorers, soldiers and settlers in the 16th century.