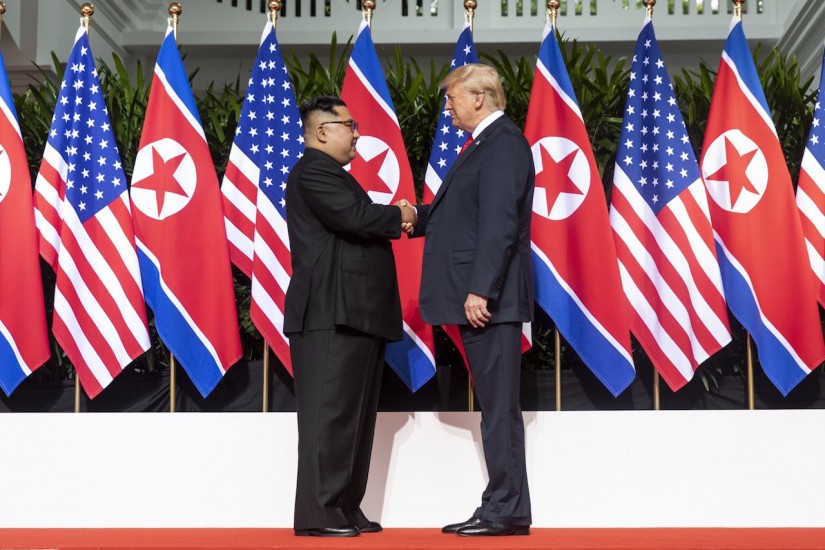 The story starts in the early 1990s. North Korea had been operating a small reactor well-suited for making weapons-grade plutonium since 1986. It was building two newer, larger ones, as well as a full-scale facility for reprocessing spent fuel, which is how you separate out the plutonium for making weapons.

This statement introduced “denuclearization of the Korean Peninsula” (hereafter just DOTKP) into the international lexicon. It has three major features.

First, as the name suggests, it commits both sides equally not to build or receive nuclear weapons—a nod to the presence of U.S. nuclear weapons in South Korea from 1958 until 1991. Their removal from the country enabled Seoul to sign the Joint Declaration, but North Korea has never acknowledged their departure, the better to justify its own nuclear pursuits.

Second, it commits both sides not to possess “nuclear reprocessing and uranium enrichment facilities.” At the time of signing, North Korea was putting the finishing touches on its full-scale reprocessing plant, which it chose to call a mere “radiochemical laboratory.” Enrichment would come later.

Third, it commits the two Koreas to establish a Joint Nuclear Control Commission that was to have conducted inspections at agreed-upon locations on both sides. This approach to verification is both symmetrical and controlled, which to my eye betrays Pyongyang’s ambivalence toward the safeguards inspections of the International Atomic Energy Agency.

Seriously, don’t bother reading this. It’s a “comprehensive safeguards agreement,” or CSA, a boilerplate legal text that provides for periodic IAEA access to declared nuclear facilities. It also contains a go-anywhere “Special Inspection” power, which had never been employed at the time of signing. [Former IAEA legal department director Laura Rockwood, now the director of VCDNP, writes in to say that that’s not exactly right – the SI power had been used rarely, and never at an undeclared site.] (Art. 18, if you’re really, really curious.) North Korea was supposed to have concluded this agreement after joining the NPT in 1985, but held out until a week and a half after signing the Joint Declaration on DOTKP.