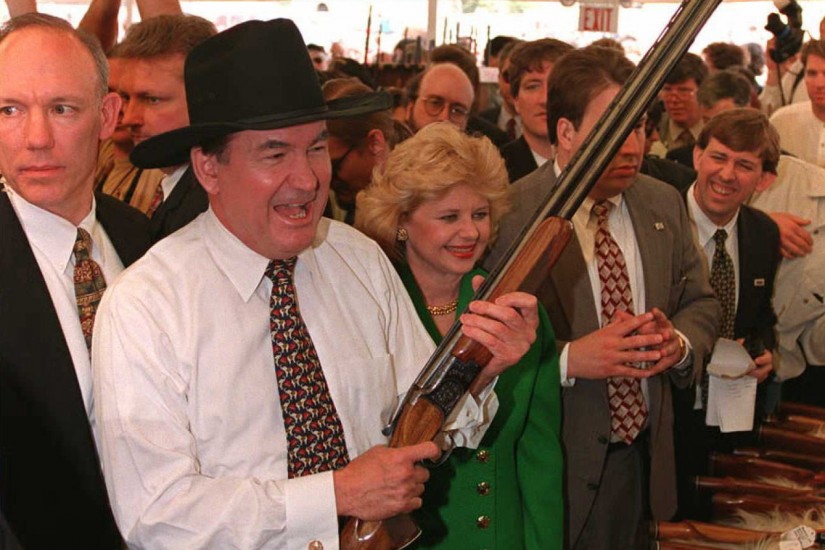 Buchanan's slogan, "America First—and Second, and Third," coined in 1990, signaled that his was a politics of protest. So did another notorious eruption, his fiery oration at the Houston convention in 1992. "There is a religious war going on in our country for the soul of America," he declared. "It is a cultural war." At the time, this sounded like the bitter cry of intolerance. And it was, with its denunciations of "homosexual rights" and "radical feminism." But when Buchanan said that the election was "about who we are" and "what we believe," he was delivering a raw message, a shout from a distant shore, that even now many seem unable to hear. Our delicate moral antennae are attuned to the faintest dog whistle, but they filter out the deeper rumbles through which democracy makes its urgent claims.

Coarseness, never the meanest political vice, matters much less than we think. It is the lesson we learned in 2016. Buchanan has been imparting it for many years. Today, some remember the controversies over his denunciations of Israel and the Jewish lobby in the early 1990s. He was judged guilty of anti-Semitism by two of his heroes and allies, Buckley and Irving Kristol. But fewer remember what prompted the dispute. Buchanan was one of a small group of conservatives who opposed the first Iraq invasion—the event that set the GOP on the course that ended with the election of Donald Trump.