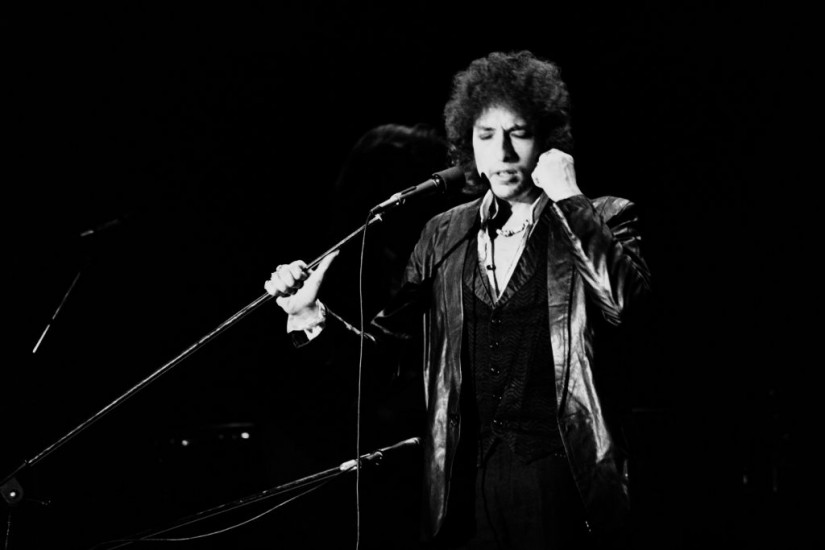 Dylan’s answer to Sgt. Pepper couldn’t have been more contrary. To the Beatles’ embrace of classical motifs and instruments, non-blues tonalities, complex structures, and pastiche, Dylan responded with a subdued collection of songs, Spartan in their instrumentation and arrangements. These were “terse parables,” a disavowal of psychedelia’s “rococo tendencies” and “the season of hype,” as critics have put it. “I was determined to put myself beyond the reach of it all,” Dylan said of the Summer of Love and its trappings, “I … didn’t want to be in that group portrait.” The quote brings to mind Sgt. Pepper‘s elaborate cover art, with its pantheon of historical figures, Dylan included among them.

But the summer of 1967 wasn’t only the Summer of Love. It was the summer of urban racial unrest, the Summer of Vietnam, and Dylan’s record wasn’t a reaction to Sgt. Pepper alone but also to the political radicalism of the period. Two questions were on the table, one might say–the first concerning psychedelia as an aesthetic choice and the second concerning militant activism as a political one. With John Wesley Harding, Dylan seemed to turn away from both choices.

This was something of a repeat for Dylan. At the Newport Folk Festival in 1965, he’d “betrayed” the folk movement from which he’d emerged by playing with an electric blues band. He was “Judas,” as at least one audience member called out during the tours that followed, because he’d turned away from serious social matters and sold out to commercialism, to pop. The move was defensible as a statement of artistic freedom. Dylan didn’t want his message pre-ordained; he didn’t want his topics restricted to “protest”; he wanted to express himself freely. It was during this period that Dylan rose to fame as a kind of bad boy-genius-provocateur, unafraid of being an asshole, in his songs or in his life. The classic cinema verité documentary, Don’t Look Back, captures the beginnings of this manic period.

Since then, however, protest and resistance had only intensified. The reception of the Tet offensive and the reception of John Wesley Harding were chronologically parallel events. Dylan wouldn’t simply stay on the sidelines of the Movement, the new record seemed to say. He would retreat even further from the fight. Yet if this can be understood as a second betrayal of perceived political obligations, it was different from the first.