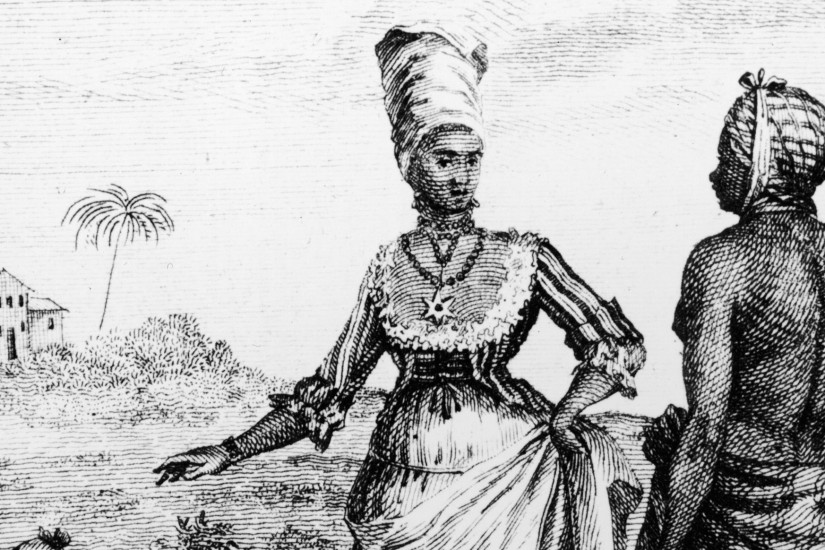 An engraving shows a free black woman in Haiti standing with her slaves, who are collecting fruit (1791).
Hulton Archive/Getty Images

As long as Europeans have practised imperialism and slavery, some Europeans have criticised these forms of domination and exploitation. In his essay ‘On Cannibals’ (1580), the French essayist Michel de Montaigne defended the rights of South American peoples against European invaders. The 16th-century Spanish priest Bartolomé de las Casas denounced Spain’s conquests in the Americas, which had left millions dead and millions more enslaved. But it was not until the late-18th century that an organised opposition to slavery and racial discrimination arose in the West. The values that marked the ‘Age of Revolutions’ and inspired political transformations across the Atlantic were also at work here. As thinkers increasingly imagined that there were natural rights shared by all people, and as sympathy for suffering became a dominant theme in European novels, plays and essays, slavery struck growing numbers of people as unacceptable. The first opponents of slavery in the West, however, did not analyse slavery as an institution linked to a set of unconscious beliefs and attitudes. Indeed, it was colonial slaveowners in Saint-Domingue who insisted that racial prejudice made slavery inevitable.

Saint-Domingue was the jewel of the French empire. The centre of the world’s sugar production, the colony was far more valuable than the vast tracts of land in North America that France had lost to Britain in the Seven Years’ War (1756-1763). While French officials could negotiate away Canada and Louisiana without batting an eye, they had clung to the priceless Saint-Domingue. A coveted colonial possession, Saint-Domingue was also home to one of the world’s most brutal systems of slavery. Of a population of nearly 600,000, half a million were slaves. Between the white planter minority and the majority of African slaves emerged a mixed-race community of free people known as gens de couleur or ‘people of colour’. Descendants of relations between white planters and Africans, members of this group rose to become wealthy members of colonial society – and slaveowners themselves. They faced barriers to official jobs and other signs of elite status, however, and lobbied the French monarchy for recognition of their legal equality.