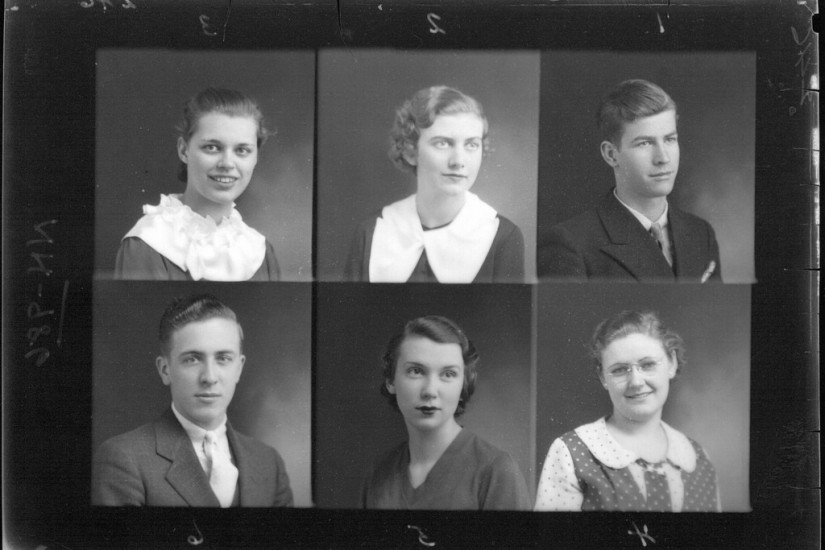 Here's an odd fact: Turn-of-the-century photographers used to tell subjects to say "prunes" rather than "cheese," so that they would smile less. By studying nearly 38,000 high-school yearbook photos taken since 1905, UC Berkeley researchers have shown just how much smiling, fashion and hairstyles have changed over the years. The goal was not just to track trends, but figure out how to apply modern data-mining techniques and machine learning to a much older medium: photographs. Their research could advance deep-learning algorithms for dating historical photos and help historians study how social norms change over time.

The main challenge for the team was to collect enough photos to create an "average" student profile for each decade from the 1900s to the 2010s. Luckily, it's now common for local libraries to digitally scan yearbooks, so the team was able to collect 949 of them from 1905-2013 across 27 US states. After weeding out non-frontal photos, the team was left with 37,921 images, which it plans to put in an open-source database for future research.

From there, researchers converted the faces into an image dataset by extracting facial landmarks, aligning them to an average model shape and computing factors like lip curvature. They were able to show the "quintessential styles of each decade," like the types of hairstyles and glasses students wore, as shown above. The team also developed a machine-learning algorithm that guesses the ages of photos, and after some training, was able to pick them out to within four years around 11 percent of the time -- compared to 1.2 percent accuracy by chance.

The other factor that stood out was smiling. Using lip curvature, the team showed that the "smile intensity metric" for subjects has increased consistently over time. It also showed that women have always smiled more than men consistently over time. The research lines up with a ground-breaking paper by Christina Kotchemidova, who suggested that smiling in photography has increased over time, and that women always have bigger smiles in posed photos. The practice especially accelerated between the 1930s and 50s, when amateur photography became popular and Kodak's ad campaigns implied that subjects should always smile.