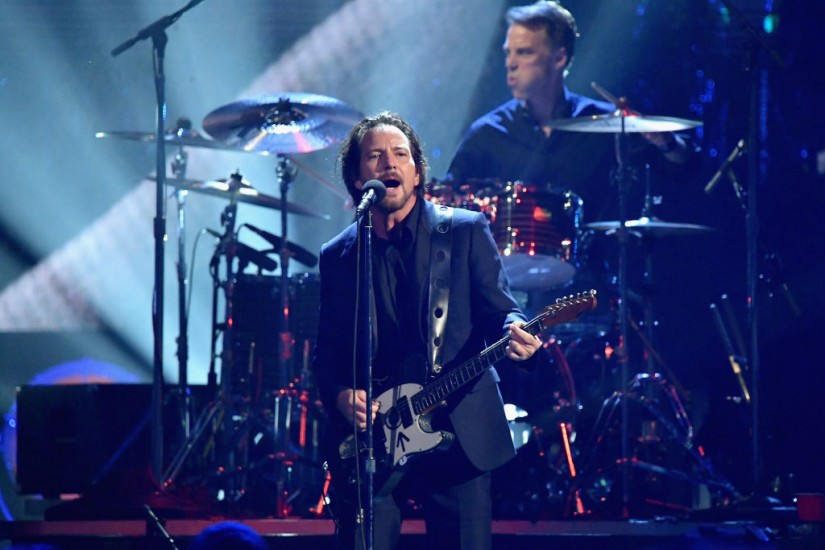 DOWN A DARK Belltown alleyway, where pigeons outnumber people most days, a heavy door opens to an ironworks shop. Inside, you walk down a dozen or so rickety steps to a basement, about 30 feet by 30 feet. Exposed water pipes hang from the ceiling.

In the fall of 1990, this shabby space was crammed with guitars, drums and amps strewn on threadbare carpet, cords and wires everywhere. Sheets and blankets were tacked to ceilings and walls, for better acoustics. Posters of basketball players, filmmaker John Waters and guitar god Stevie Ray Vaughan inspired the rock band that rehearsed there. Rent would have been less than $75 a month, according to the blacksmith upstairs.
And that little room right there, off to the side, the one the photographer used for his darkroom? That’s where Eddie Vedder lived for a while. He lived a lot of places his first year in Seattle.

This is where Pearl Jam began. Ed went by Eddie then. Jeff Ament, the bass player, and guitarist Stone Gossard — everyone called him Stoney — were still grieving after the death of the singer in their old band. The new group wasn’t even Pearl Jam yet. It was called Mookie Blaylock, after an NBA player with a funny name. A good meal, if the guys could scrape together the money, was a burrito at Mama’s or a burger and a beer at Cyclops.
Everyone referred to the rehearsal room as Galleria Potatohead, the name of the artists’ studio in the front of the building, facing Second Avenue. Louie Raffloer and Mary Gioia ran the ironworks business in the back, Black Dog Forge.

coming and going all day at their shop, they didn’t pay a lot of attention to the racket coming from the basement. They describe the five musicians, all in their mid-20s, as regular guys. They say they were never idiots, or jerks. Businesslike. They didn’t act or dress like rock stars. A little boring, even.

“It’s not like we had Steven Tyler downstairs,” Gioia says.

“They were working on a record that was going to make them world-famous, and we didn’t even know it,” says Raffloer.