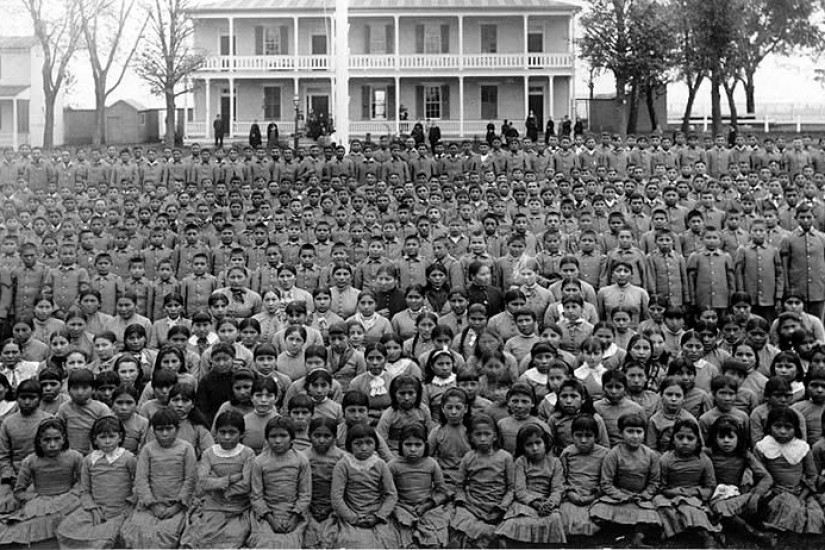 In response to Attorney General Jeff Sessions’s use of Romans 13 to defend the separation of families at the southern border, an interfaith chorus of religious leaders has pushed back vigorously against President Trump’s new policy. At its annual meeting last week, the Southern Baptist Convention called for immigration reform focused on “maintaining the priority of family unity.” On the government’s separation of families, staunch Trump supporter Franklin Graham remarked, “It’s disgraceful, and it’s terrible to see families ripped apart and I don’t support that one bit.”

But while churches are currently speaking out against the separation of asylum-seeking families, they have not always stood in defense of family unity in the face of state violence. In the case of Native American families, churches actually worked hand-in-hand with the state to separate children from their parents. Along with other denominations, the Catholic Church — which has objected to the current separations — once played an active role in dividing Native American families, despite the fact that none had committed crimes, much like today’s asylum seekers. Yet after decades of crafting a politics of religion rooted in family values — and expanding the core of the church outside the U.S. and Europe — the church has emerged as a staunch critic of Trump’s immigration and refugee policies.

Following the Civil War, President Ulysses S. Grant’s administration worked with churches and missionaries to operate schools for Native Americans. They sought to provide venues that would assimilate Indian children into white, Christian society, one component of Grant’s “Peace Policy” for dealing with Native Americans, which he outlined in his first State of the Union message to Congress in 1869.

From the outset, Grant contemplated using Christian missionaries to further his new policy. The Office of Indian Affairs established partnerships with churches and religious organizations to operate the federal government’s Indian schools. Baptists, Catholics, Congregationalists, Episcopalians, Lutherans, Mennonites, Methodists, Presbyterians, the Society of Friends and Unitarians all eventually helped run these “contract schools” through the 1870s and 1880s.