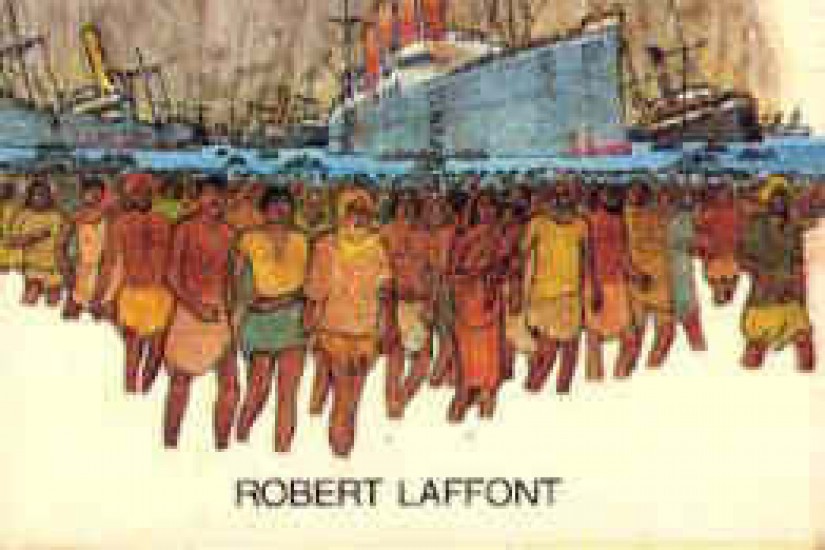 The first edition cover of Jean Raspail's 1973 novel "The Camp of the Saints."
Wikimedia
…

The Camp of the Saints has long been influential in organized white supremacy. “In 2011, the book started to get really popular in white nationalist circles,” Ryan Lenz, a senior investigative reporter for the Southern Poverty Law Center, told me. He compared its influence to that of the infamous The Turner Diaries, which imagines a race war that obliterates all non-whites and Jews. “And the reason for this,” Lenz explained, “is that in the early teens—in 2010, 2011, 2012—the idea of white genocide became very popular in the white nationalist news.”

Raspail’s fear—that a weak West will be easy prey for the ravenous East and South—fits neatly into white nationalist rhetoric. “The premise of Camp of the Saints plays directly into that idea of white genocide,” Lenz continued. “It is the idea that through immigration, if it’s left unchecked, the racial character and content of a culture can be undermined to the point of oblivion.”

These sentiments are old and deeply rooted. When immigration is in the news, the extent to which these fears grip white Americans becomes clear. “Some argue that immigrants will take jobs,” said Alan Kraut, a professor of U.S. history at American University. “But throughout our history, there are those who argue that the experience and culture of immigrants will dilute American culture and politics.”

Karthick Ramakrishnan, a professor of public policy and political science at the University of California, Riverside, told me that “racism and cultural anxiety are long-running strands in American history when it comes to immigrants.”

“That started with anxiety about Catholics, and it’s taken on different guises as different types of immigrant populations come into the U.S.,” he continued, “but what you see in the 1970s is that there were these environmental and resource constraint arguments that were used to make anti-immigrant sentiment and anti-immigrant movements more mainstream.” Later, immigration restrictionists folded national security concerns into their rhetoric. After 9/11, Ramakrishnan noted, anti-immigration groups like Numbers USA and FAIR saw their membership rolls grow. (FAIR was founded by John Tanton, whose Social Contract Press publishes the softcover edition of Raspail’s novel.)