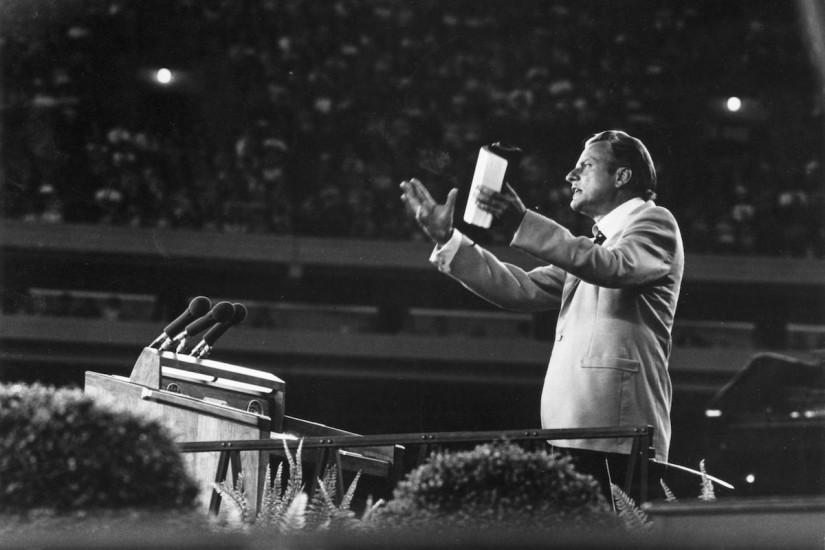 When civil rights activists (and later, second-wave feminists and gay rights activists) refused to slow down or to reject civil disobedience, white evangelicals strengthened their political resistance to liberal activism. They also sharpened their hostility to the federal government, which enforced desegregation through court orders and the deployment of the National Guard. Fears of a tyrannical government became more pronounced among evangelicals in the 1970s, fueled in particular by an obsession with end-times theology.

By the final decades of the 20th century, a commitment to right-wing political movements and white racial identity offered the most distinctive marks of evangelicalism. This characterization—like any characterization—leaves some people out. There were liberal evangelicals like Jim Wallis and Ron Sider. There were black evangelicals, particularly in the South, who refuse to cede the movement entirely to white believers. Perhaps most notably, American evangelicalism acquired a distinctly international following in the late 20th century, as millions of Christians from Latin America, East Asia, and Africa have poured into American churches.

Evangelical churches today still emphasize a heart-based, conversion-centered faith that Wesley and Whitefield would recognize. Theology still matters. But the growth of the religious right in the 1980s made Jerry Falwell, founder of the political action group Moral Majority, the public face of evangelicalism. Work in the 1990s by other religious right groups like the Christian Coalition brought evangelicals to the apex of their political power during the George W. Bush administration and solidified their political identity. President Bush invited evangelicals into his administration to a much greater degree than any other president. And Bush claimed the evangelical label for himself in ways that Reagan had not. All this helped evangelical become even more firmly a political term in the early 2000s than it had been in the 1980s.

Over the course of the 20th century, the evangelical coalition entwined theology, whiteness, and conservative politics. The histories we tell about that movement demand attention to all three aspects. By using theological markers to define evangelicalism, we miss the ways cultural and political forces have shaped the movement. To identify as evangelical in the early 21st century signals commitments to gun rights, the abolition of legal abortion, and low taxes. It’s next to impossible to understand these commitments through the prism of theology alone.