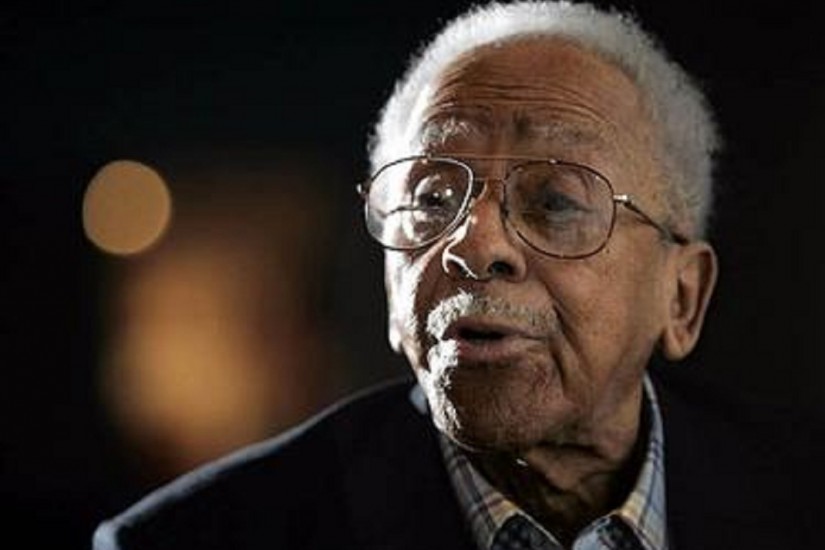 I can’t say exactly when I first encountered the image. It might have been as an undergrad at Columbia, in the library of the black students' lounge as I thumbed through a copy of Ralph Ginzburg’s 100 Years of Lynchings. But my understanding of its significance came in the late summer of 1996, when a friend and I visited America’s Black Holocaust Museum (ABHM) in my hometown of Milwaukee.

When we entered the main exhibition room, there was a built-to-scale rendering of Beitler’s photo made out of wax, including the facsimiles of Shipp and Smith hanging from the tree. “Did you know that there was a third boy they tried to lynch that night?” our museum guide, a tall but frail older man, asked us, his voice warm and gravelly. We didn’t. Our guide went on to explain that there were actually three ropes strung up on the maple tree in Marion on August 7, 1930. A third teenager had been dragged from his jail cell to the courthouse square. His name was James Cameron and he was the only known person to have ever survived a lynching in America.

We were standing in front of him.

Cameron, then 82, continued to recount to an audience of two the details of the night he nearly died. A self-taught historian and recipient of an honorary degree from the University of Wisconsin, Milwaukee, he founded ABHM in the 1980s. Cameron, who died 10 years after I met him, devoted his life to never letting America forget what happened to him, resolute in his belief that his life was spared to educate black and white Americans of the long, bloody, violent, and — ever ongoing — legacy of racism.

I was astounded. It was one thing to witness the brutal deaths of these young men. It was another thing to survive that nightmare and be staff, curator, historian, executive director, and living testament to it daily.

How do you wake up every day and bear witness to your own nightmare?