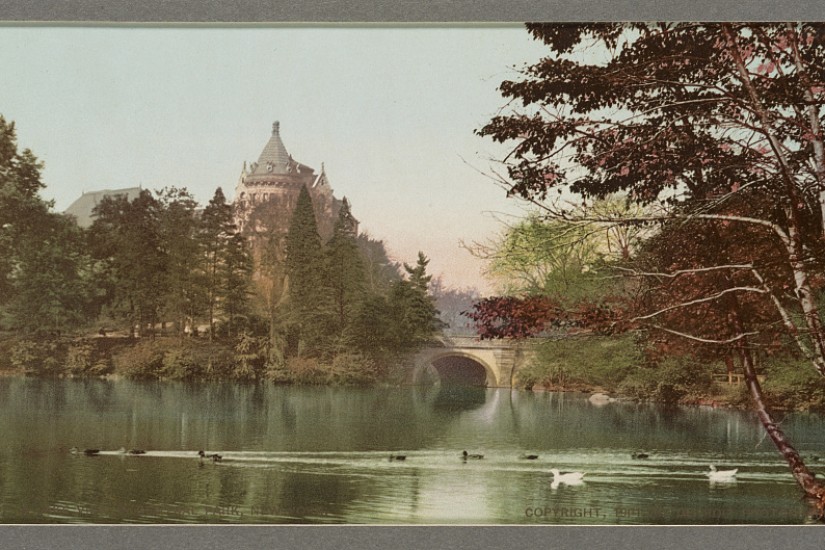 Of course, transforming Jackson’s black-and-white negatives into color Photochroms presented a challenge to the printing technicians in Detroit who, like most people, had never been to places like the Grand Canyon. How were they to know which shades of red, yellow, and blue belonged in a photograph of, say, the famous view of the canyon from O’Neill’s Point? Until then, the only images they might have seen would have been in black-and-white.

Fortunately, Jackson was not only an accomplished photographer, but a skilled painter, too. “Jackson did some watercolors when he was in the field,” says Arqué. “He always took his color box with him, and he made many sketches in color when he was shooting his photos. So the technicians in Detroit actually used many of Jackson’s sketches to get the colors right.”

To get their story on the places depicted in American Odyssey right, Walter and Arqué had to brush up on their U.S. history since they both live in France and Arqué has only been to New York and Minneapolis, which is the home of The American Photochrom Archive. “I had to go back to my youth when I was a student and learn all about American history again,” admits Arqué. “It was like rediscovering the face of America. Every Photochrom had a story behind it, and sometimes it seemed like the people were going to jump right out of the photos. For me, they became living images from a place where time has not passed, even though, of course, in reality it had. That’s the poetry of the Photochroms, this double vision.”

In some cases, those stories were simply to explain some of the book’s more curious images, such as the shots of passengers crowded onto an open-air car of the Mt. Lowe Railway as it races around a vertiginous track—the electrified train was one of the biggest tourist attractions in Southern California prior to World War II. In other cases, Arqué found herself moved by some of the reporting of the day, particularly in the Photochroms of New York City, which naturally include photographs of landmarks like the Statue of Liberty but also the city’s tenements.