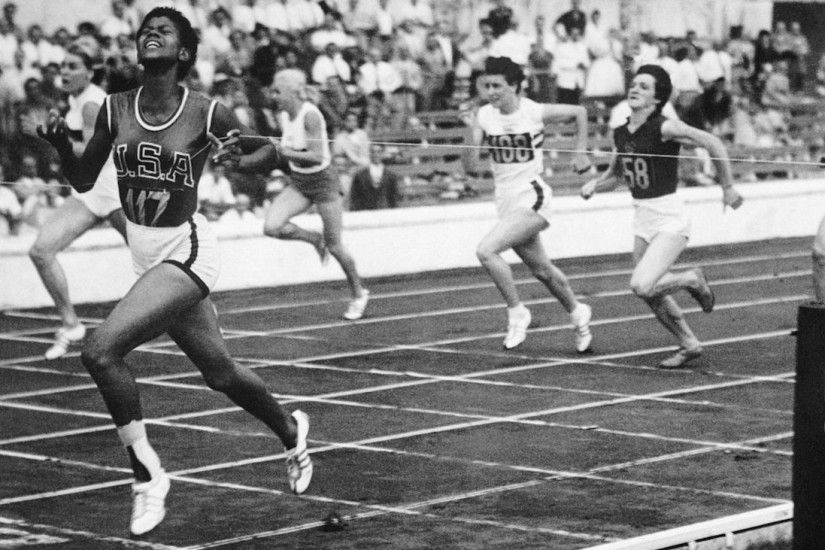 In the following years, Wilma Rudolph continued to break records and dominate women’s sprints on the international stage. She was known at one point as the world’s fastest woman and was among the most successful and famous athletes of her era. At six feet tall she was graceful and lithe; she was also thoughtful and humble, and quickly won over the press, which often touted her as a symbol of the merits of democracy and American perseverance during the Cold War. While her underdog story of athletic victory has been celebrated in the media and popular culture, through countless articles and even a made-for-TV movie, her lifelong struggle against racism and sexism, and her powerful role as a champion for civil rights and gender parity, are less well known.

“She was one of the first African American athletes to use her celebrity to fight against injustice,” says Rita Liberti, a sports historian and professor of kinesiology at California State University, East Bay, and a coauthor of (Re)Presenting Wilma Rudolph. “Without question, Wilma Rudolph wasn’t the only one, but she was among a handful of African American women who really altered the way whites thought about race.”

From an early age, Rudolph was aware of the fierce headwinds she and her family faced because of the color of their skin. Rudolph’s father was a railroad porter, and her mother cleaned white families’ houses while raising children in a basic wooden home with no electricity. Clarkesville was deeply segregated, and black residents were systematically intimidated and kept from good jobs and opportunities. The town’s tire factory was at one point forced to hire black workers but allowed them to work only the most menial jobs. Later in life, Rudolph remembered sitting on the grass across from the fairgrounds with other African American kids, watching white festivalgoers arrive in their fancy clothes.

“I was four or five then,” she later wrote, “and that’s when I first realized that there were a lot of white people in this world, and that they belonged to a world that was nothing at all like the world we black people lived in.” Because it was so dangerous to speak out, her parents implored her to keep her mouth shut, even when she saw gross injustice.

…
View on Outside
View Connections