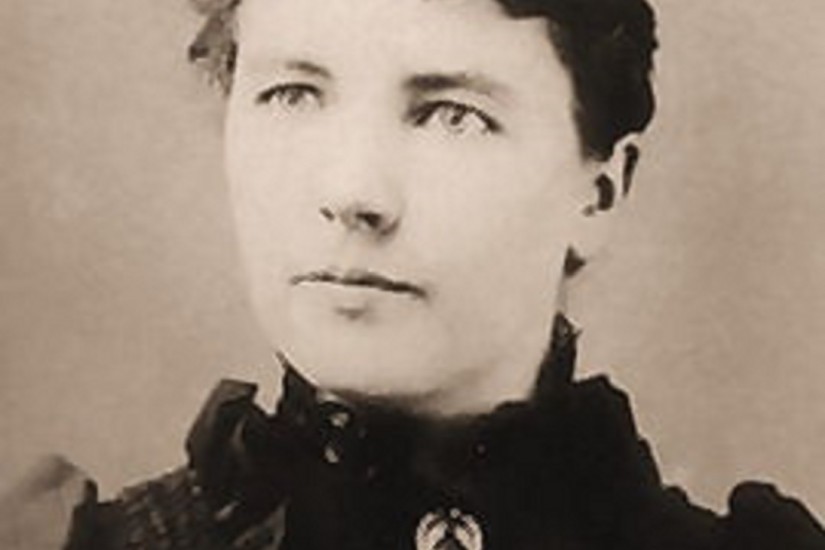 Most news stories covering the travesty of renaming the Wilder medal have cited the earliest known objection to Wilder’s representation of the Kansas landscape in Little House on the Prairie (1935) as empty of people. “There the wild animals wandered and fed as though they were in a pasture that stretched much farther than a man could see, and there were no settlers. Only Indians lived there.” Until 1953, the text read, “there were no people. Only Indians lived there.” A reader complained in 1952 to Nordstrom. Her response to the reader clearly reflected her horrified shock at the realization of how the passage read. “I must admit to you that no one here realized that these words read as they did. Reading them now it seems unbelievable to me that you are the only person who has picked them up and written us about them in the twenty years since the book was published.” The letter emphasized the response of everyone at Harpers & Row: “We were disturbed by your letter. We knew that Mrs. Wilder had not meant to imply that Indians were not people.” Indeed, Wilder responded just as Nordstrom predicted. “Your letter came this morning,” Wilder wrote on October 4, 1952. “You are perfectly right about the fault in Little House on the Prairie and have my permission to make the correction as you suggest. It was a stupid blunder of mine. Of course Indians are people and I did not intend to imply they were not.”

Despite the ALSC’s contention that Wilder’s work is anti-Native and anti-black, Little House on the Prairie is far more nuanced than such dismissals indicate. The novel offers a continuum of settler responses to the Osage, on whose lands they have squatted. On one end of the spectrum are the Scotts, recent arrivals from Minnesota. They had witnessed the extremely violent U.S.–Dakota War of 1862, which gave rise to the saying repeated by Mr. and Mrs. Scott in the novel, “The only good Indian is a dead Indian.” Wilder biographer Caroline Fraser, in her Pulitzer Prize–winning Prairie Fires: The American Dreams of Laura Ingalls Wilder (2017), notes that by 1867 (the year Wilder was born), only 50 Dakota remained in Minnesota. Contrasted with the Scotts’ view is that of Pa, who respects the Osage and laments the miscommunication that guided him to settle his family on their land. The Ingalls arrive in “Indian Country,” southeastern Kansas, when the Osage are on an extended buffalo hunt, and do not realize that they have built their new cabin on a major trail to the Osage village site. Through the character of Laura, Wilder asks fundamental questions about the Ingalls’ arrival in Kansas and shows the absurdity of Ma’s reactions to Indians.


“Why don’t you like Indians, Ma?” Laura asked, and she caught a drip of molasses with her tongue. “I just don’t like them; and don’t lick your fingers, Laura,” said Ma. “This is Indian country, isn’t it?” Laura said. “What did we come to their country for, if you don’t like them.”
…
View on National Review
View Connections