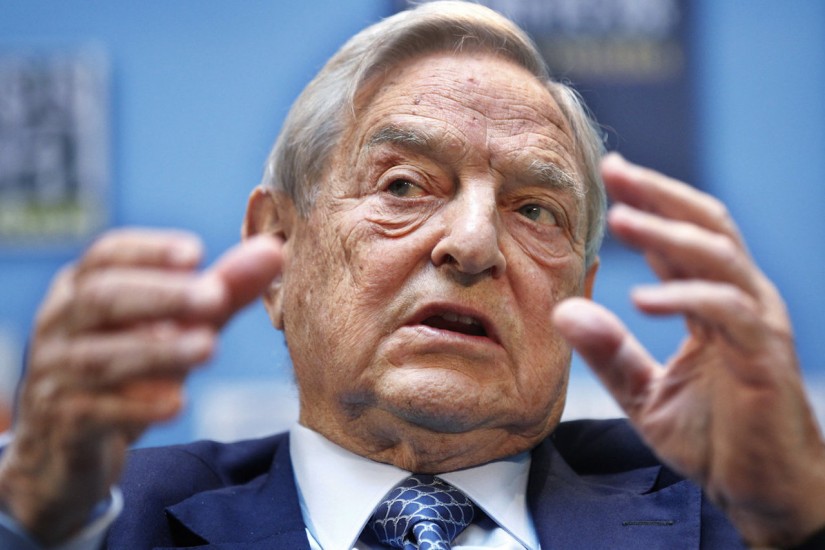 Over the last decade, the anti-Soros rhetoric on the right has migrated from message boards and fringe platforms like InfoWars, to Twitter, and back to InfoWars, now a mainstream platform. But in spite of the obsession with Soros, there is surprisingly little interest in what he actually thinks—in anything that isn’t a hagiographic account of his career in high finance or a murky tale about his philanthropic commitments. Unlike most of the members of the billionaire class who speak in platitudes and remain withdrawn from serious engagement with civic life—Bill Gates and Mark Zuckerberg come to mind—Soros is an intellectual. The person who emerges from his popular books and many articles is not an out of touch plutocrat, but a provocative and consistent thinker unambiguously committed to pushing the world in a cosmopolitan direction in which racism, income inequality, American empire, and the alienations of contemporary capitalism would be things of the past. Soros is as comfortable with Wittgenstein as he is with Warren Buffett, which makes him a sui generis figure in American life, someone whose likes we will not see again for quite a while. He is extremely perceptive about the limits of markets and US power in both domestic and international contexts. He is, in short, among the best the meritocracy has produced.

It is for this reason that Soros’s failures are so telling; they are the failures not merely of one man, but of an entire class—and an entire way of understanding the world. From his earliest days as a banker in postwar London, Soros believed in a necessary connection between capitalism and cosmopolitanism. For him, as for most of the members of his cohort and the majority of the Democratic Party’s leadership, a free society depends on free (if regulated) markets. But this assumed connection has proven to be a false one. The decades since the end of the cold war have demonstrated that, absent a perceived existential enemy, capitalism tends to undermine the very culture of trust, compassion, and empathy upon which Soros’s “open society” depends by concentrating wealth in the hands of the very few—one of whom is Soros.

Instead of the global capitalist utopia predicted in the halcyon 1990s by those who proclaimed an end to history, the United States is presently ruled by an oafish heir who enriches his family as he dismantles the “liberal international order” that was supposed to govern a peaceful, prosperous, and united world. While Soros recognized earlier than most the limits of hypercapitalism, his class position made him unable to advocate the root and branch—read: anti- or post-capitalist—reforms necessary to bring about the world he desires. The system that allows George Soros to accrue the wealth that he has has proven to be a system in which cosmopolitanism will never find a stable home.