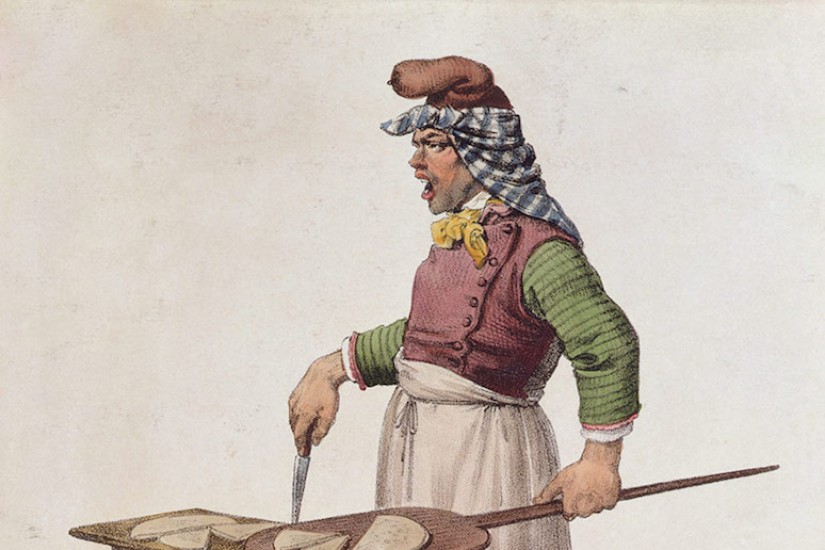 Nevertheless, pizza was slow to move out of Naples. The initial spur was provided by migration. From the 1930s onwards, a growing number of Neapolitans moved northwards in search of work, taking their cuisine with them. This trend was accelerated by war. When Allied soldiers invaded Italy in 1943-4, they were so taken with the pizza they encountered in Campania that they asked for it wherever else they went. But it was tourism – facilitated by the declining cost of travel in the postwar period – that really consolidated pizza’s position as a truly Italian dish. As tourists became increasingly curious about Italian food, restaurants throughout the peninsula started offering more regional specialities – including pizza. The quality was, at first, variable – not every restaurant had a pizza oven. Nevertheless, pizza quickly spread throughout Italy. As it did so, new ingredients were introduced in response to local tastes and the higher prices that customers were now willing to pay.

But it was in America that pizza found its second home. By the end of the 19th century, Italian emigrants had already reached the East Coast; and in 1905, the first pizzeria – Lombardi’s – was opened in New York City. Soon, pizza became an American institution. Spreading across the country in step with the growing pace of urbanisation, it was quickly taken up by enterprising restaurateurs (who were often not from an Italian background) and adapted to reflect local tastes, identities and needs. Shortly after the US entered the Second World War, a Texan named Ike Sewell attempted to attract new customers to his newly opened Chicago pizzeria by offering a much ‘heartier’ version of the dish, complete with a deeper, thicker crust and richer, more abundant toppings – usually with cheese at the bottom and a mountain of chunky tomato sauce heaped on top of it. At about the same time, the Rocky Mountain Pie was developed in Colorado. Although not as deep as its Chicago relative, it had a much wider crust, which was meant to be eaten with honey as a desert. In time, these were even joined by a Hawaiian version, topped with ham and pineapple – much to the bewilderment of Neapolitans.