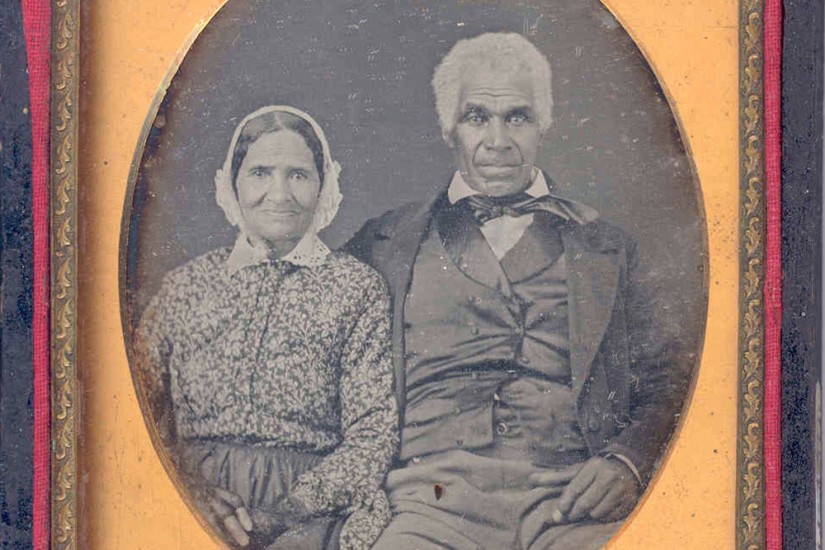 Enoch and Deborah Harris were free African American pioneers who homesteaded two frontiers. Enoch had come to Knox County, Ohio, around 1805, and he worked to purchase land and clear a farm before marrying Deborah around 1812. While in Ohio, plat maps show them living close to John Chapman, later known as Johnny Appleseed. When they moved to the Michigan Territory in the late 1820s, the family planted one of the first apple orchards in that region on the four hundred acres of good frontier land they purchased from the federal government. By the time this portrait was taken, Enoch and Deborah were wealthy farmers, their farm valued at over $8,000. Their story is far from unusual. There were thousands of free African American pioneers like them before the Civil War. They scattered across the region in hundreds of settlements across the Northwest Territory states of Ohio, Indiana, Illinois, Michigan, and Wisconsin. 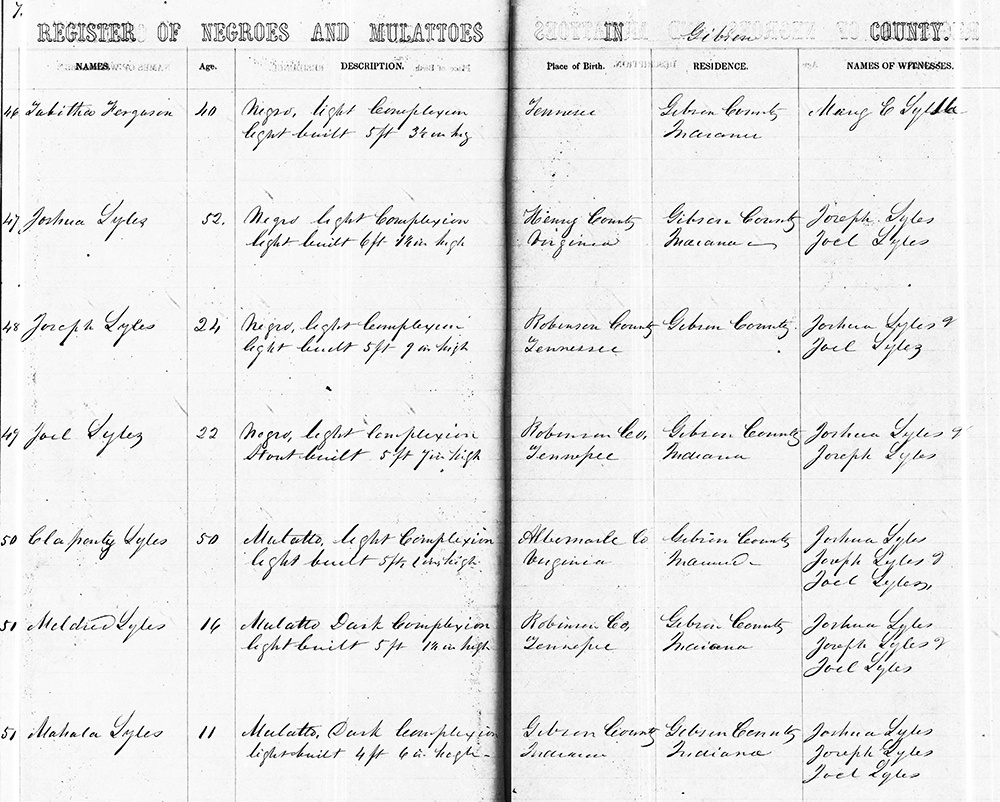 This page is from a book registering all the people of African descent living in Gibson County, Indiana. It is one of the many unjust responses to this first Great Migration and represents a terrible period in the history of the Northwest Territory states and this nation. In 1851 a majority of whites in the state of Indiana ratified a new state constitution that strengthened the racist laws of the state and banned any new African Americans from entering the Indiana for any reason—even to bring a spouse into the state. African Americans already living in Indiana had to be “registered,” which meant that their height was measured to the quarter inch by a white county clerk and their bodies described in detail—from their skin color to their scars—in a haunting replica of the descriptions used in slave auctions. Combined with the new federal Fugitive Slave Act and similar state laws, free African Americans across the Northwest Territory states were now assumed to be enslaved unless proven free.