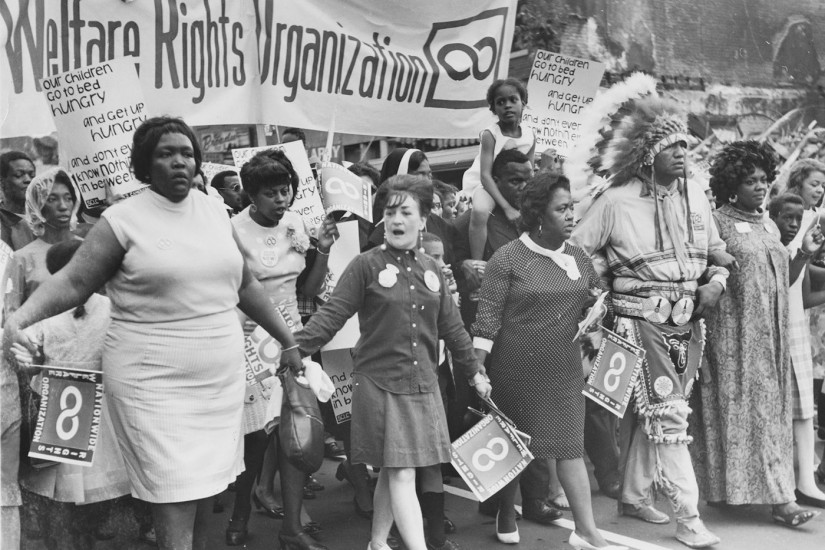 In this column, I write about the National Welfare Rights Organization, which was active between 1966 and 1975, and some of the men and women who led or influenced it: the black welfare mother Johnnie Tillmon, the black community organizer George Wiley, and the white sociologist Frances Fox Piven and her husband and collaborator, social work professor Richard Cloward. Perceived at the time as an anti-poverty rather than a feminist cause, the welfare rights movement demanded adequate government support for mothers who thought they were already working, just in the home. Long before “intersectionality” was a word, these black women knew that middle-class feminists didn’t speak for them. I draw heavily from a manifesto by Tillmon, “Welfare is a Women’s Issue,” published in 1972, a little-known masterpiece that ought to be read by every feminist in this country.

In a nice, if perhaps pat, coincidence, two of the most consequential women’s groups of the 1960s share an official date of birth: June 30, 1966. One group came into existence quietly, a few blocks from the centers of national power in Washington, D.C., where Betty Friedan was attending a conference on the status of women and feeling disgruntled about the delegates’ failure to pass a resolution opposing sex discrimination. On June 30, Friedan invited some two dozen like-minded conference-goers back to her hotel room. There, she showed them a paper napkin on which she’d scrawled three letters: N O W. The National Organization for Women.

The other group emerged out of a much more visible campaign to raise awareness about the inadequacy of welfare benefits. The effort had begun ten days earlier with the Walk for Decent Welfare, a 155-mile march from Cleveland, Ohio, to Columbus, the state capital. A majority of the hundred or so marchers who trudged the roads were single black women and their children, though far from everyone on welfare at the time was a single black mother or her child.