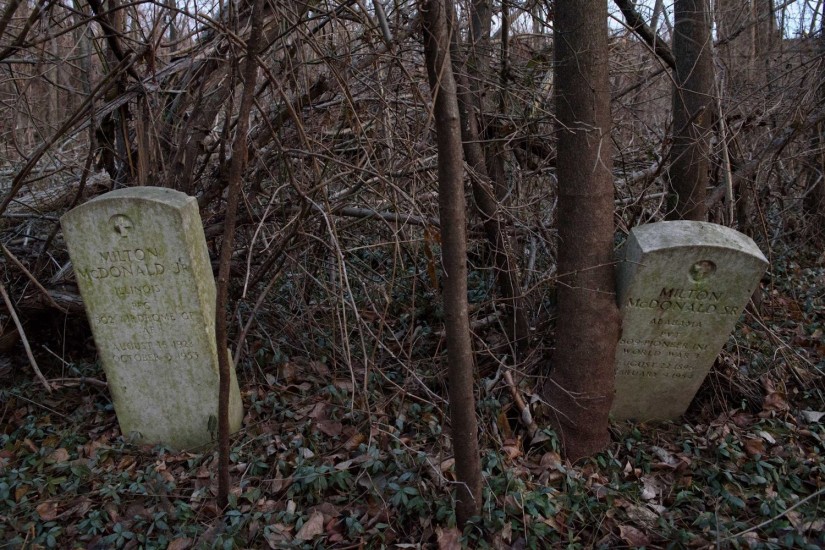 It’s impossible to see from the street, so you would never know it’s there.

To get to St. George Cemetery, especially its oldest section, you have to make your way past branches and thorns, across the weathered hills and over downed trees. Eventually, dozens of scattered headstones, some of them knocked over, come into view. And there, sitting upright, is the gravestone of William Chapman, an African-American veteran of the Civil War who died March 21, 1904.

My interest in abandoned African-American cemeteries started in graduate school, when I was assigned to write a story about a black woman named Rose Sturdivant Young, who was leading the charge to restore an abandoned cemetery in North Carolina. Her father, mother and other ancestors are buried there.

African-American cemeteries across the country have largely been neglected, their powerful histories obscured by weeds, debris and, as much as anything, the passage of time. Few people know their locations. Fewer still know the stories of the people buried there.

When I came to ProPublica Illinois as a reporting fellow, I saw a chance to look into this issue. I focused on two cemeteries in St. Clair County, a few miles southeast of St. Louis across the Mississippi River: St. George and Booker T. Washington Cemetery. I spent time hiking the grounds with folks who are trying to unearth and preserve the histories of the cemeteries, as well as trying to keep up the cemeteries themselves.

Both cemeteries once served as the final resting places for the black communities in and around St. Clair County. Of the thousands of people buried in the two cemeteries, close to 30 African-American veterans have been identified, including at least one — Chapman — from the Civil War. But they were more than just cemeteries. Black residents, according to local lore, used Booker T. Washington as a shelter during the East St. Louis race riots in 1917, when white mobs murdered dozens of black citizens. After the riots, many of the victims of the violence supposedly were buried there.

“The black cemeteries are being destroyed, accidentally or on purpose,” said Judy Jennings, a U.S. Air Force contract specialist and amateur historian who, for nearly two decades, has been researching the cemeteries, especially Booker T. Washington. “It’s important to preserve this history.”