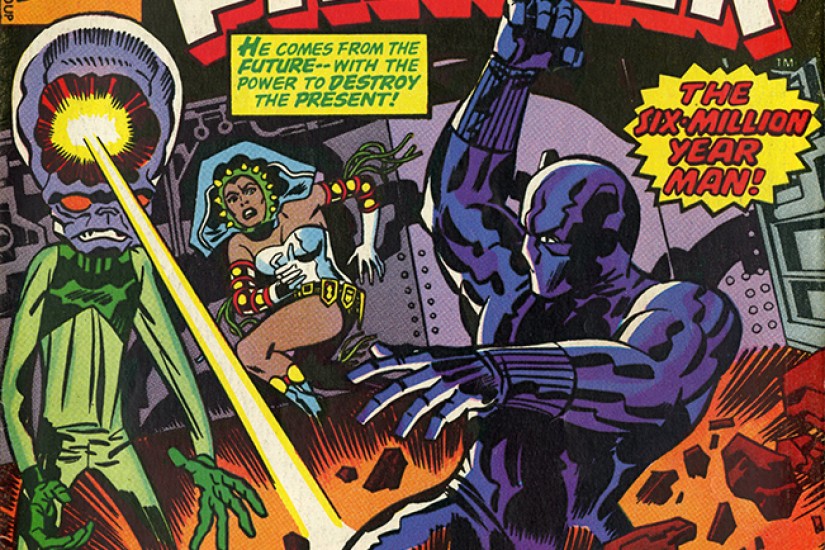 Just out of sheer curiosity (I might regret this but):
Why are people making comparisons between the Black Panther Party and the movie Black Panther? Like where did this expectation come from that because the movie is called Black Panther that it should in some way reflect the BPP? What am I missing?


¤
WHEN ALICIA GARZA raised the question of the relationship between Ryan Coogler’s 2018 film Black Panther and the legacy of the Black Panther Party, intellectuals, activists, and cultural influencers from across the political spectrum of black radicalism answered. Garza, as one of the founders of the Black Lives Matter movement, has a large stake in understanding the relationship of media culture to political culture.

One of the people who responded to Garza’s post, Crystal M. Hayes, is the child of a still-incarcerated member of the BPP, Robert Seth Hayes. Hayes lamented that while a meme showing her father and other still incarcerated members of the BPP superimposed over an image of the movie poster had 50,000 shares on Facebook, she was still having a hard time raising $10,000 for a legal defense fund. Others noted the ways in which cast members of the film perpetuated and flirted with the legacy of the Party, posing with imagery that invoked it on the covers of GQ and Rolling Stone. Influential journalist Davey D. Cook noted that given the movie’s prominent themes and its director’s hometown of Oakland, California, which was also the birthplace of the BPP, comparisons between the film and the organization were not only unavoidable but also completely necessary.

The character Black Panther first appeared in 1966 in Fantastic Four #52, and he became an Avenger two years later. He was the first black superhero in the Marvel universe, and the first African superhero as well. The Panther was among the first of the wave of black characters who began appearing in mainstream comics in the mid-1960s, in response to the changing climate brought about by the Civil Rights movement and its demand for the integration of African Americans into mainstream American culture.