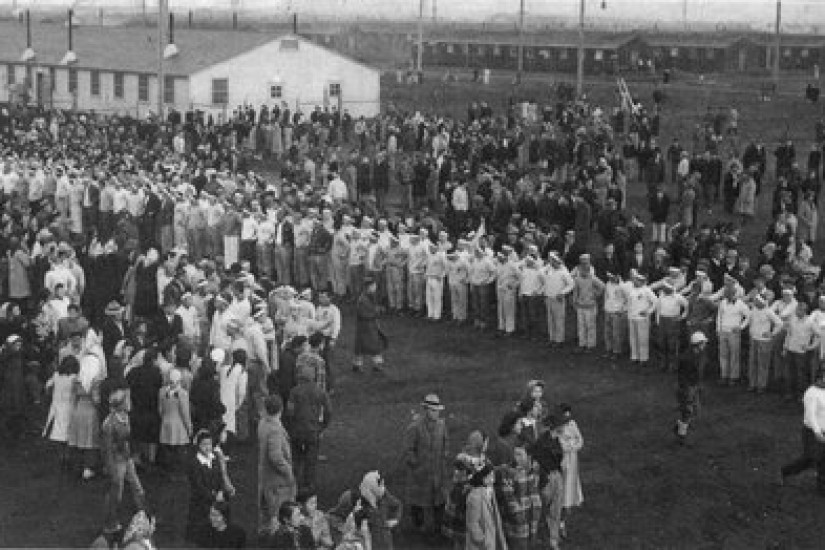 The Tulelake Municipal Airport is a single runway and one small hangar—just over half a square mile in all. Flat land stretches around the airport for miles: Lush green farmland unfurls north toward the Oregon border—about 13 miles away—dotted with homesteads that tend to the surrounding land. Brown loamy soil yawns out to the east, and 50 miles to the west, Mount Shasta’s snowy cap is just visible on a clear day.

At just over 8,800 residents, Modoc County, which is home to the airport, is one of the most sparsely populated counties in the United States. But it wasn’t always this way. The airport lies directly on top of the piece of land where nearly 30,000 people of Japanese ancestry, including American citizens, lived when they were unjustly incarcerated between 1942 and 1946, at the Tule Lake Segregation Center. In the years since, some have come to call it by what many scholars say is a more accurate name: the Tule Lake Concentration Camp.

The airport is owned by the City of Tulelake, a quick eight miles away, and it is a key player in the county’s economy. But the future of the land has come into question as activists urge the county to respect its tragic past. Last September, Modoc County proposed to replace the small, dilapidated fence around the airport to keep wildlife from stumbling onto the runway. If built, the new fence would be eight-feet tall, three-miles long, and topped with barbed wire. Proponents feel that this is an essential safety feature for the airport. Opponents believe that the fence would keep future generations from accessing the site, learning about their heritage, and studying the country’s history. These opposing views have sparked debate about how to best honor the tragedy of the camps while reconciling with the community that has grown up in Tule Lake’s imprint.