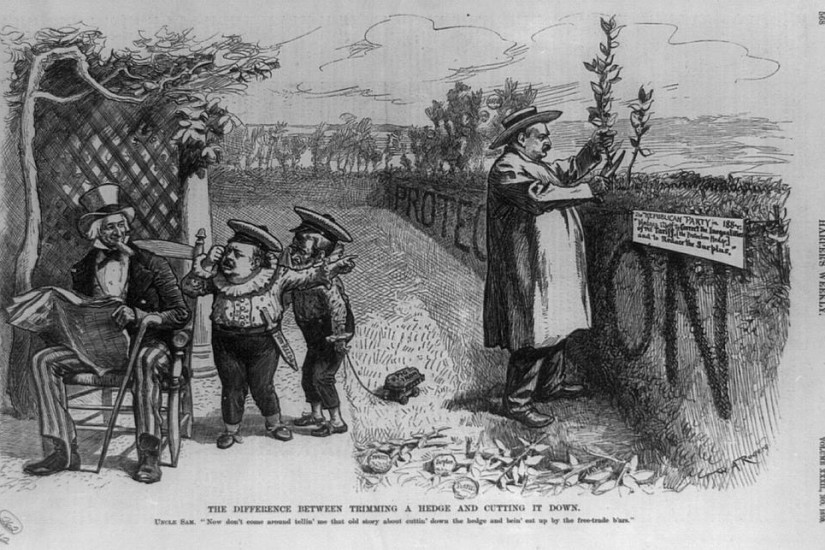 I recently finished writing a review of a book with “conspiracy” in the title, and it led me to muse a little bit about how historians process moments in history when accusations of conspiracy were made and moments when there is evidence a conspiracy occurred. The book, Marc-William Palen’s The “Conspiracy” of Free Trade: The Anglo-American Struggle over Empire and Economic Globalisation, 1846-1896, contains a bit of both, although one of Palen’s main arguments (signaled by the inverted commas around “conspiracy”) is that the free trade conspiracy that protectionists alleged existed in the U.S. during the Gilded Age was wholly fabricated—nothing more than a scare tactic used to hoodwink gullible voters into supporting Republicans.

The odd thing was, Palen himself describes some actions taken by free traders that a neutral observer would probably judge to be, well, pretty sketchy. I’ll get to what those actions were in a moment, but my point is that these kind of moments—particularly given the prevalence of conspiracy theories in our political ecosystem today—are truly challenging for historians both interpretively and even, in a sense, epistemologically. Historians would seem to be in a position of some authority to speak about how to distinguish between paranoiac episodes and genuine subversion: once upon a time, after all, that was the focus of two of our most brilliant practitioners—David Brion Davis and Richard Hofstadter. Might historians be able to add some clarity to the conspiracism of today by showing what actual conspiracies looked like in the past, thus setting up a kind of standard or guide for parsing the present?

L’affaire MacLean from last summer demonstrated some of the dangers historians face when using conspiracy as an overt frame for their analysis. I think I have said enough on that subject, but what it did demonstrate was how easy it was for historians (and other scholars) to speak past one another about conspiracy as a category of analysis.