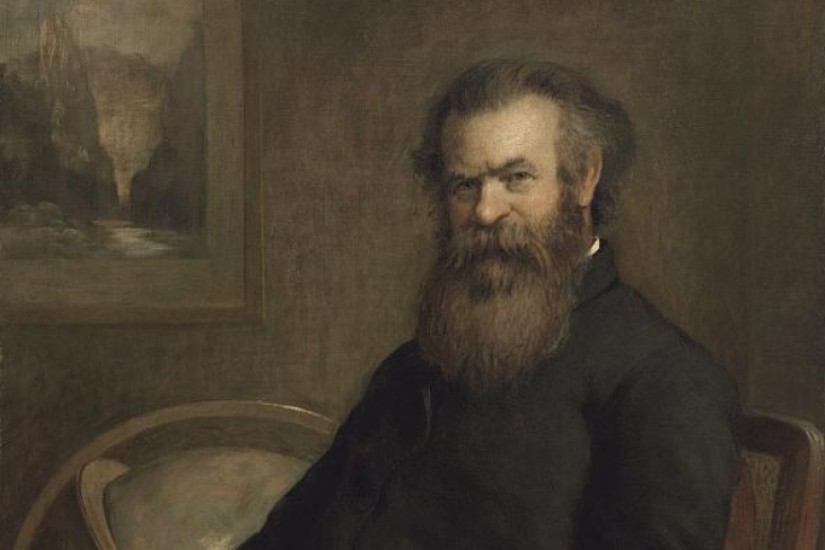 On January 17, 1890, John Wesley Powell strode into a Senate committee room in Washington, D.C., to testify. He was hard to miss, one contemporary comparing him to a sturdy oak, gnarled and seamed from the blasts of many winters.

Clear gray eyes stared out from a deeply lined face, mostly covered by a shaggy bird’s nest of gray beard, flecked with cigar ash. No one would call the 56-year-old veteran and explorer handsome, but one knew immediately when he entered a room. Only five feet, six inches tall, he spoke rather slowly, but forcefully, with a fearless independence of mind.

When he expressed himself emphatically, the stump of his right arm would bob and weave as if boxing with the ghosts of the war that had maimed him; every once in a while, Powell would reach around his back with his left hand and forcibly subdue it—a movement that invariably silenced a room. It was not often comfortable to watch him, but most always mesmerizing. The authority he radiated even in a room crowded with titanic personalities was palpable.

Only a few years after losing his forearm to a minié ball at the battle of Shiloh, he had organized the most daring exploration in American history. Ten men had climbed aboard puny wooden rowboats and pulled out into the Southwest’s Green and Colorado rivers, then spent three months flying, crashing and bounding through the terrible unknown cataracts of the canyonlands, and, finally, through the Grand Canyon itself, not knowing whether a falls or killing rapid lay around the next bend.

Six men came out at the other end, barely alive, half naked, with only a few pounds of moldy flour between them. The experience had changed Powell—and he had become a great American hero.

Now, two decades later, Powell had come to testify not as a hero or explorer, but as one of America’s foremost scientists, the head of the U.S. Geological Survey (USGS), and an architect of federal science. He had something deeply important to communicate about America’s future.