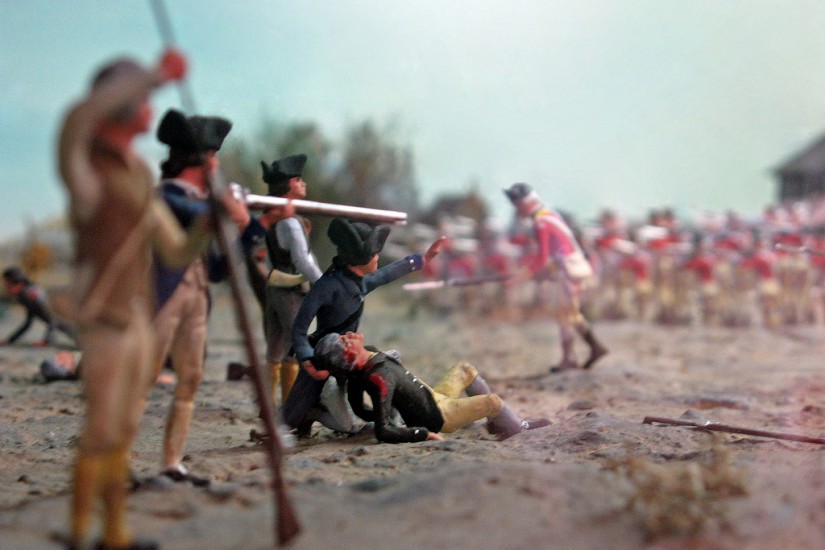 flickr.com/sandcastlematt
…
To many on the Left, the American Revolution can be interpreted two ways — either as a reactionary power-grab by colonial elites who wanted to secure their control over a slave economy, or a bourgeois revolution in which the projects of economic liberalization and representative democracy were deeply intertwined and new state-formations innovated in the service of egalitarian goals, something of a clumsy rehearsal for the French Revolution.

Do any of these ring true to you?

WH: Our favored categories can start to look strange when we turn a light on the realities of the American Revolution. The revolution involved coalitions of people who were deeply divided regionally, economically, socially, politically, so anything the big-time founders did agree on will be pretty revealing.

I’d say they were largely agreed on the virtues of representative government — it’s what they’d had for generations, what they saw being threatened — but to question your question somewhat, I’d also note that across the board, from the planters to the financiers to the upper farmers and lawyers, the right of representation in no way equated with democracy, which at the time would have meant “manhood suffrage”: disconnecting the right of political participation from property ownership.

The founders who held power were agreed in their fear and loathing of that idea. Their ideology of rights and liberty was bound up, from ancient times — at least in their minds it was — with protecting property. So both the economic liberalization promoted by the high-finance Hamilton, and the more agrarian program that the slave-economy Madison advanced (once he realized what his old friend in nationalism Hamilton was up to), recoiled from democracy, a term the founders used negatively whenever they referred to placing power in the hands of the unpropertied.

That free yet unpropertied class was big, by the way, in founding-era America. In my view, egalitarian goals, as you’ve put it, were not on the minds of any of the well-known founders, for all of their other differences.  That includes mutually divided nationalists like Washington, Hamilton, Madison, and Adams and state-sovereigntist, anti-nationalists like Patrick Henry.