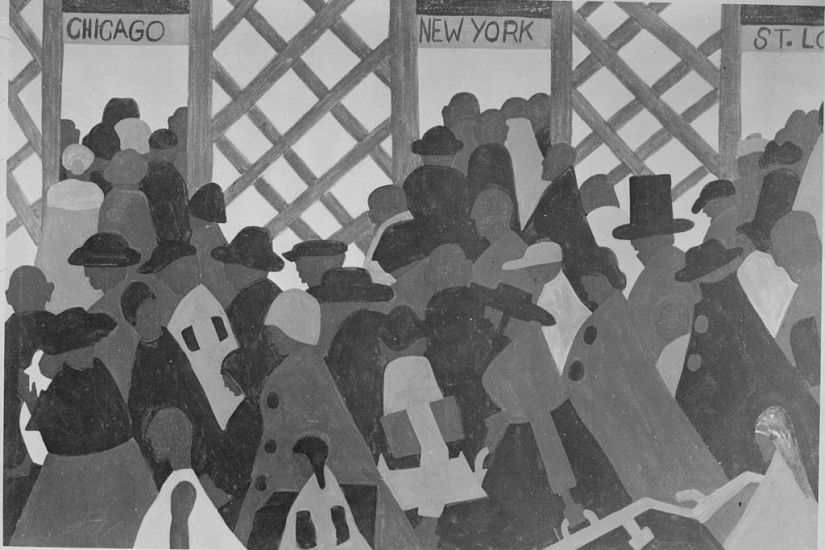 “Between 1910 and 1940, nearly six million refugees fled the South in response to the threat of racial terrorism,” reads an exhibit at The Legacy Museum in Montgomery, “...in a massive forced exodus known as The Great Migration.”

When considering those facts, one can’t help but wonder why this era is known under such a benign label. “The Great Migration” makes it sound like a bunch of people just packed up their bags headed for better jobs and homes—no different than the recent trend of Amazon-ian and Apple-American tech nerds moving in droves from Silicon Valley to greener, more affordable pastures in the former Rust Belt. In reality, the stakes for African Americans in the 20th century were much grimmer and urgent—they were moving to save their lives, as Bryan Stevenson, the racial justice advocate behind the lynching memorial and museum, regularly emphasizes. It probably should be called The Great Massive Forced Exodus.

“When you truly know what they were up against—the human rights abuses, the exclusion from voting and citizenship—and what happened upon their arrival, then you realize that 'refugee' gets closer to describing what they were,” says Isabel Wilkerson, author of the book The Warmth of Other Suns, a 15-year investigation into the escape patterns of black families throughout the 1900s. “They were seeking political asylum within their own homeland, to be free like other Americans.”

Scholars of that era came up with the name “The Great Migration” and then it just sort of stuck. Wilkerson agrees that the name is innocent to a fault—the term “migrant” suggests “a provisional temporariness” or a seasonal worker, says Wilkerson, but most African Americans of that time period were leaving the South with no intention of returning. Yes, there was the hope for better jobs in the North, and the need for sharecroppers and farm laborers were dwindling in the South as we entered the 1960s because of technological advancements. But those were side benefits. The narrative behind blacks flooding cities such as Oakland, Philadelphia, Chicago, and New York City is not A Tree Grows in Brooklyn; it’s Birth of a Nation.