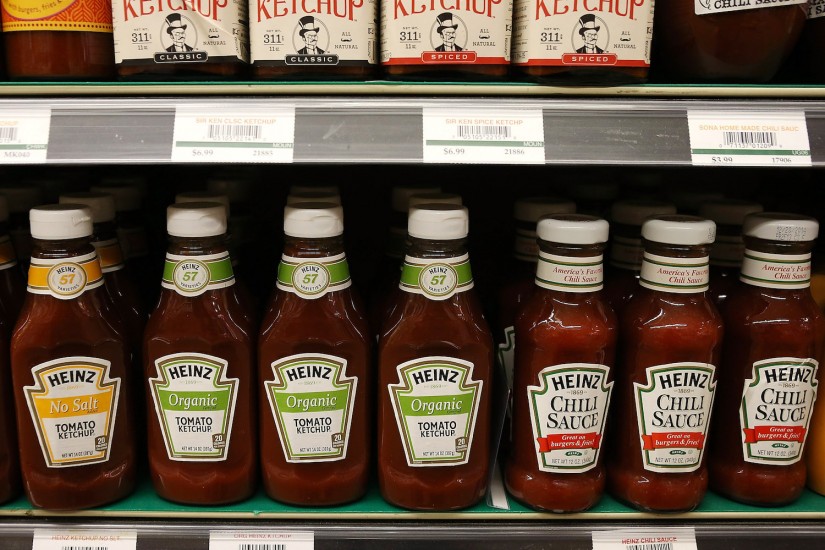 He starts with red peppers, Spanish onions, garlic, and a high-end tomato paste. Basil is chopped by hand, because the buffalo chopper bruises the leaves. He uses maple syrup, not corn syrup, which gives him a quarter of the sugar of Heinz. He pours his ketchup into a clear glass ten-ounce jar, and sells it for three times the price of Heinz, and for the past few years he has crisscrossed the country, peddling World’s Best in six flavors—regular, sweet, dill, garlic, caramelized onion, and basil—to specialty grocery stores and supermarkets. If you were in Zabar’s on Manhattan’s Upper West Side a few months ago, you would have seen him at the front of the store, in a spot between the sushi and the gefilte fish. He was wearing a World’s Best baseball cap, a white shirt, and a red-stained apron. In front of him, on a small table, was a silver tureen filled with miniature chicken and beef meatballs, a box of toothpicks, and a dozen or so open jars of his ketchup. “Try my ketchup!” Wigon said, over and over, to anyone who passed. “If you don’t try it, you’re doomed to eat Heinz the rest of your life.”

In the same aisle at Zabar’s that day two other demonstrations were going on, so that people were starting at one end with free chicken sausage, sampling a slice of prosciutto, and then pausing at the World’s Best stand before heading for the cash register. They would look down at the array of open jars, and Wigon would impale a meatball on a toothpick, dip it in one of his ketchups, and hand it to them with a flourish. The ratio of tomato solids to liquid in World’s Best is much higher than in Heinz, and the maple syrup gives it an unmistakable sweet kick. Invariably, people would close their eyes, just for a moment, and do a subtle double take. Some of them would look slightly perplexed and walk away, and others would nod and pick up a jar. “You know why you like it so much?” he would say, in his broad Boston accent, to the customers who seemed most impressed. “Because you’ve been eating bad ketchup all your life!” Jim Wigon had a simple vision: build a better ketchup—the way Grey Poupon built a better mustard—and the world will beat a path to your door.