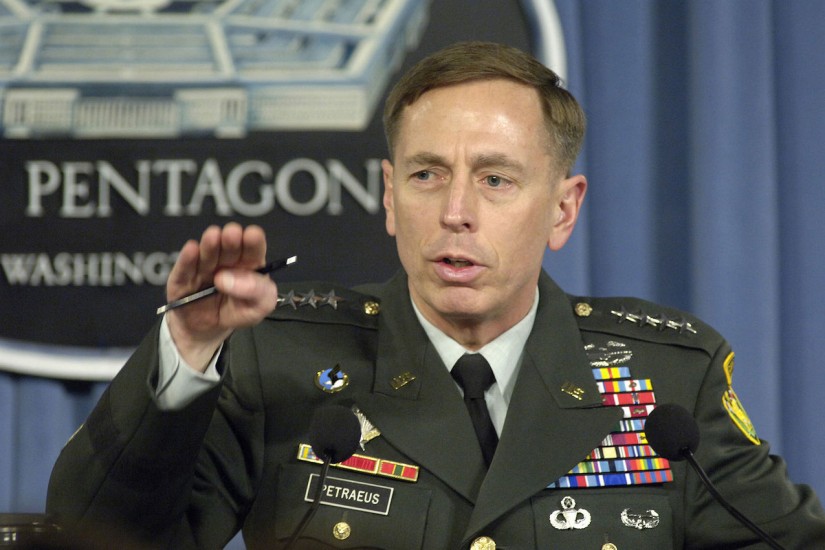 General David Petraeus delivers a press briefing at the Pentagon on the status of the Iraq War, April 2007.
Robert Ward/Department of Defense

Most historians of US foreign policy approach scholarship on 21st-century events with caution: If the diplomatic cables won’t be released for another three decades, why bother telling an incomplete story of the United States’ role in the world?

But at this year’s conference of the Society for Historians of American Foreign Relations (SHAFR)—the leading organization in the field of diplomatic history—historians grappled with the controversial legacy of retired general David Petraeus, former CIA director and architect of the troop “surges” in Washington’s post-9/11 wars in Iraq and Afghanistan.

After SHAFR announced that Petraeus would give the keynote address at this year’s meeting, held June 21–23 in Philadelphia, several SHAFR members, led by New York University clinical associate professor Hannah Gurman, wrote an open letter contesting his invitation. Although a few junior professors were among the many organizers of the letter (a considerable risk for those hoping to get tenure) several notable senior historians, including Andrew Bacevich, Greg Grandin, Alfred McCoy, Lloyd Gardner, Carol Anderson, and Christian Appy, signed on.

The letter, signed by 277 scholars in total, contested the invitation on the grounds of the former general’s particular legacy: “Petraeus played a major role in shaping the failed counterinsurgency wars of the post 9/11 era that left a legacy of destruction and devastation in Iraq and Afghanistan and destabilized the entire Middle East, the consequences of which we are still living with today.”

Over the past decade, a familiar narrative about Petraeus’s role in the Iraq War has solidified among elements of the foreign-policy establishment and several of its stenographers in corporate media: As the situation on the ground was rapidly deteriorating in 2006 amid high US casualties and a brutal sectarian conflict unleashed by the US overthrow of Saddam Hussein and subsequent dismantling of the Iraqi state, David Petraeus emerged.