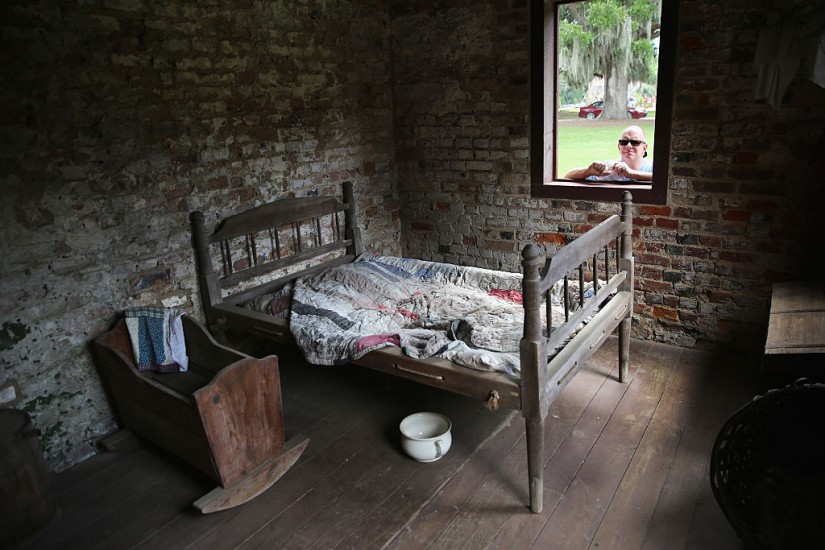 A tourist looks into the former slave quarters of the Boone Hill Plantation on July 16, 2015 in Mount Pleasant, South Carolina.
John Moore/Getty Images

In the power relationship between America’s enslaved people and their enslavers, it’s widely assumed that the planter class held all the cards. After all, they were the dominant group who frequently enforced their will with whips, chains, dogs—and worse. Most enslaved people were considered little more than legal property, business investments whose human needs and family relationships were relevant only as far as they affected productivity and the bottom line of the people they served.

So when faced with the question of whether enslaved people could negotiate any aspect of their lives with their enslavers, the prospect seems hard to imagine. With power stacked so overwhelmingly against them, what could the enslaved negotiate for—and with what leverage? How could an enslaver concede even small favor to one, while maintaining fear and order among the broader ranks? The reality was complicated: In navigating lives of privation and brutality, enslaved people haggled, often daily, for liberties small and large, from rare personal time to less harsh treatment for themselves or family members, even to being set free.

The case of Sally Hemings and America’s third president Thomas Jefferson, touched on recently in a new exhibit at Jefferson’s home Monticello, shines a light on this little-discussed aspect of America’s “peculiar institution.” Hemings’ story is an extraordinary one—since it chronicles not only a 16-year-old enslaved girl who had the life experience and presence of mind to negotiate for her unborn children’s future freedom, but a founding father whose complex moral code moved him to honor his agreement with a woman he enslaved for decades.