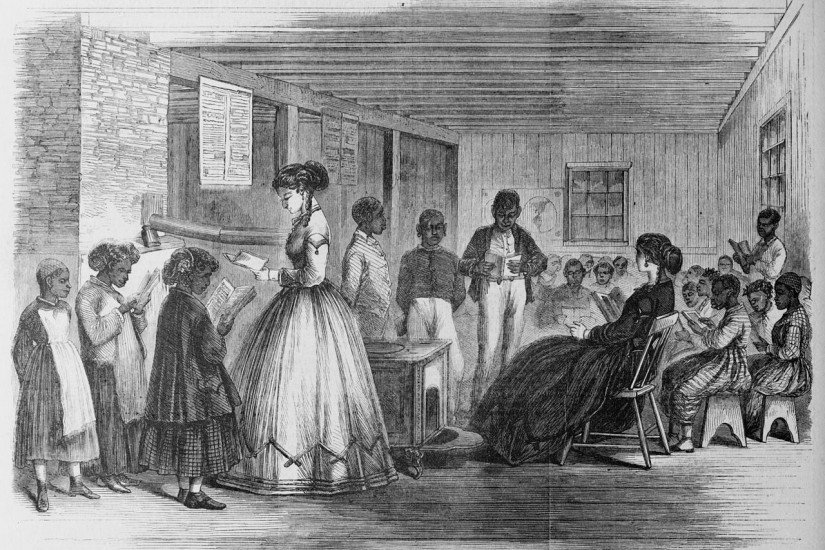 The ratification of the Fourteenth Amendment on July 9, 1868 was a turning point in United States history. Arriving at the height of Reconstruction, the amendment marked the first time the U.S. Constitution explicitly addressed the question of who qualified as an American citizen. Southern African Americans who had won their freedom in the Civil War were, in effect, forcing the country to redefine its identity, and to make good on its promise of universalism. The vision of emancipation expressed in the Amendment was expansive, serving to enshrine in law the principles of due process and equal protection as well as the basic right to citizenship.

Yet, a century and a half later, its goals remain unfulfilled. Movement leader Reverend William J. Barber II argues that the task facing the United States today is nothing short of a “Third Reconstruction,” drawing on the legacies of both the Reconstruction era of the 1860s and 1870s and the civil rights movement, or “Second Reconstruction,” of the 1960s and 1970s. In making these historical connections, today’s activists can understand that they aren’t alone, and draw both lessons and spiritual strength from those previous eras of promise and dashed expectations. If the left wishes to make the most of the Third Reconstruction—not just defeating a revanchist right wing at the polls but fundamentally changing the nation for the better—we can draw important insights from these two previous eras of civic revolution.

Allen C. Guelzo’s recent book Reconstruction: A Concise History (2018) reminds us that deeming Reconstruction a “failure” overlooks the many successes of the period. Many historians focus on the fact that Radical Reconstruction’s greatest victories—the ratification of the Thirteenth, Fourteenth, and Fifteenth amendments, along with the transformation of the idea of citizenship into how we understand it today—were achieved over a relatively short period (1865 to 1870), only to be met with decades of vicious backlash. The rise of “redeemer” Democratic governments in the South, white supremacist forces who refused to countenance equal rights for African Americans, and were aided and abetted by most white citizens below the Mason-Dixon line, destroyed the brief moment of promise in the South. By 1877, the Reconstruction dream of biracial governments in the South—as emerged in South Carolina, for example, beginning in 1868—was dead. But it laid a foundation for the work of future activists by enshrining in the Constitution provisions that protected civil and political rights from discrimination due to skin color or ethnicity—if only the federal government would enforce them.