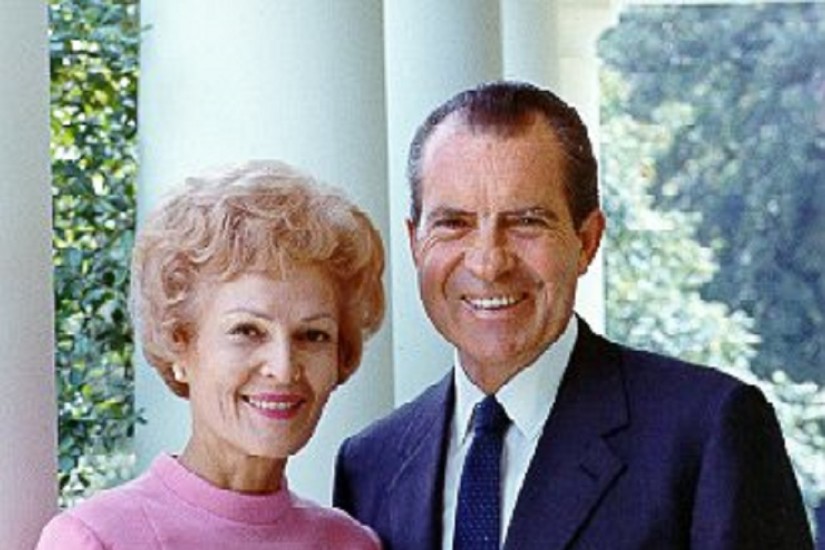 Pat Nixon reacted furiously to the news that her husband would not nominate Judge Mildred Lillie.
Wikimedia Commons
…

Forces to his right now blocked Nixon the reformer—or did they? John Jenkins’ 2012 book about the appointment of the successful nominee, William Rehnquist, suggests Nixon wanted credit for proposing a female justice without being stuck with one. It is hard to read any president’s mind, especially the Machiavellian Richard Nixon’s. Still, one possible tell remains. Nixon lacked the courage to tell his wife Pat that he appointed two men, William Rehnquist and Lewis Powell on October 21, 1971. When she objected, rather than blaming the ABA, he claimed no qualified woman shared his judicial philosophy of strict constructionism. Pat was furious. Dick dismissed her, saying “We tried to do the best we could Pat.” When Haldeman reported that the announcement “scored another ten strike,” the president added: “except for my wife, but boy is she mad.”

Mildred Lillie didn’t sulk. Dodging any Nixon-related taint may have relieved her. She became a California legend, with a favorite anecdote from her brush with national immortality. She enjoyed recalling that “the lanky and pleasant young man at the Justice Department who had carried her suitcase” became Chief Justice William Rehnquist.