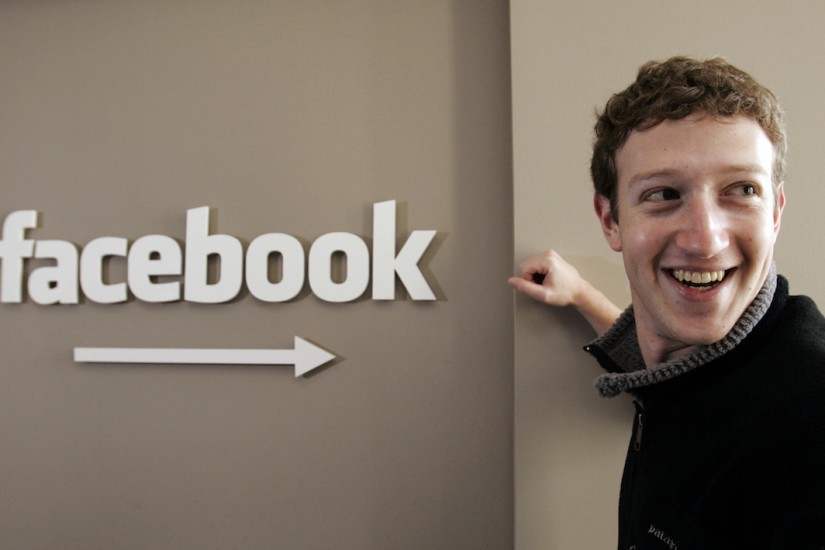 Aaron Sittig: Facebook would launch at a school, and within one day they would have 70 percent of undergrads signed up. At the time, nothing had ever grown as fast as Facebook.

Ezra Callahan: It did not seem inevitable that we were going to succeed, but the scope of what success looked like was becoming clear. Dustin was already talking about being a billion-dollar company. They had that ambition from the very beginning. They were very confident: two 19-year-old cocky kids.

Mark Zuckerberg: We just all kind of sat around one day and were like, “We’re not going back to school, are we?” Nahhhh.

David Choe (noted graffiti artist): And Sean is a skinny, nerdy kid and he’s like, “I’m going to go raise money for Facebook. I’m going to bend these fuckers’ minds.” And I’m like, “How are you going to do that?” And he transformed himself into an alpha male. He got like a fucking super-sharp haircut. He started working out every day, got a tan, got a nice suit. And he goes in these meetings and he got the money!

Mark Pincus: So it’s probably like September or October of 2004, and I’m at Tribe’s offices in this dusty converted brick building in Potrero Hill—the idea of Tribe.net was like Friendster meets Craigslist—and we’re in our conference room, and Sean says he’s bringing the Facebook guy in. And he brings Zuck in, and Zuck is in a pair of sweatpants, and these Adidas flip-flops that he wore, and he’s so young looking and he’s sitting there with his feet up on the table, and Sean is talking really fast about all the things Facebook is going to do and grow and everything else, and I was mesmerized.
Because I’m doing Tribe, and we are not succeeding, we’ve plateaued and we’re hitting our head against the wall trying to figure out how to grow, and here’s this kid, who has this simple idea, and he’s just taking off! I was kind of in awe already of what they had accomplished, and maybe a little annoyed by it. Because they did something simpler and quicker and with less, and then I remember Sean got on the computer in my office, and he pulled up The Facebook, and he starts showing it to me, and I had never been able to be on it, because it’s college kids only, and it was amazing.

People are putting up their phone numbers and home addresses and everything about themselves and I was like, I can’t believe it!
…
View on Wired
View Connections