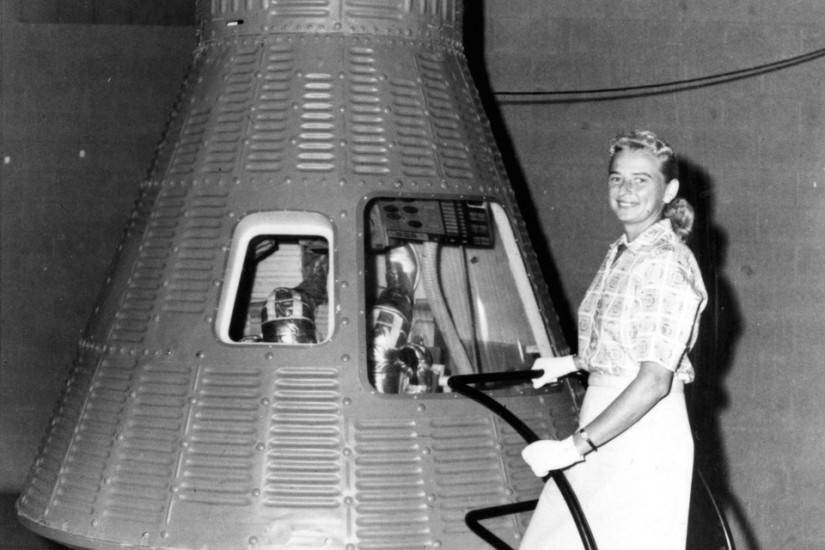 This idealized political role of women as Republican Mothers endured into nineteenth- and early-twentieth-century historical representations of the Anglo-American push into the Western frontier. Frederick Jackson Turner first publicized his Frontier Thesis at the end of the nineteenth century. In it, he claims that westward expansion played a major role in the formation of a twentieth century American identity of rugged exceptionalism. While women are notably absent from Turner’s thesis, subsequent revisions and elaborations of the Frontier Thesis portray frontier women as political actors by way of their power to reproduce, both physically and socially, a unique breed of American. The Cold War space race of the mid-to-late 20th century required a new kind of pioneer, but one that still expressed this frontier-forged American exceptionalism.

In building an American cultural identity in a real or imagined vacuum, the quiet but clear social and political role of American women as nurturers of the next generation of upstanding American citizens extended into this latest, ultimate frontier. In the late twentieth century, journalists, popular writers, scientists, legislators, astronauts—Americans of all stripes—projected into the final frontier of outer space the same nineteenth-century frontier mythology that valued women pioneers as little more than reproductive cargo on the westward wagon trails.

Early space age culture in America highlighted women’s reproductive capacity as a primary, crucial contribution that women could and inevitably would make to the space effort. At a broader glance, the concept of women as essential reproductive payloads on space voyages seems deeply at odds with the high-tech fantasies of those suggesting it. Futurists of the early space age could imagine the entire universe as potential human habitat—they envisioned the terraforming of Mars, enclosed biospheres on the Moon, and space stations with artificial gravity. Whole new civilizations sprang forth from predicted technologies that pushed the limits of the known physical universe. However, the idea of removing childbirth from the human female body crossed a border between natural and unnatural that an agricultural space station did not. The limits of the broad-reaching extraterrestrial utopian imagination of mid-twentieth century America stopped at the biological boundary of human reproduction.

Before we shake our heads blithely and chalk this up to 1960s chauvinism, keep in mind that the role of women as interplanetary breeding technology persists in current American scientific and popular culture.