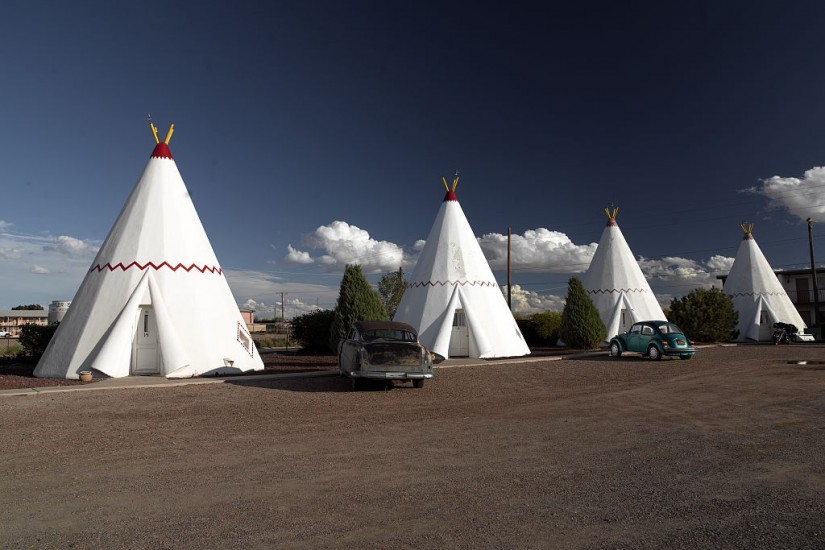 One of the earliest and most beloved roadside attractions is the famous Mystery Spot located near Santa Cruz, California. According to legend, in 1939 a handyman named George Prather went out for a walk in some woods near Highway 17 one afternoon when he began to feel slightly dizzy. Checking his compass, Prather watched dumbfounded as the arrow inexplicably spun about. He soon discovered other anomalies in the area. Prather was fascinated—and thought others would be as well. He purchased a three-acre parcel of the land, then built a shack on the side of what came to be known as a “gravity hill.” For a small fee, Prather led visitors out to the shack, where balls appeared to roll uphill and guests could lean far out over their feet without falling over, seemingly defying the laws of physics. After being featured in a 1948 issue of Life magazine and later on the television show You Asked for It, the Mystery Spot began to draw hordes of fascinated tourists from around the world.

Years later, the mind-boggling phenomena were attributed to Prather’s own cockeyed perspective—he’d simply built a tilted house. The structure’s imperceptible slant and lack of a visible horizon throw off visitors’ ability to correctly perceive what is truly level. Yet the Mystery Spot’s intriguing illusions continue to amaze visitors, and it remains open to this day.

Well south of the Mystery Spot, travelers since 1969 have been tempted to discover The Thing near Texas Canyon, Arizona. The attraction is hard to miss. Motorists are confronted with, by one estimate, as many as 247 billboards touting the mysterious “MacGuffin” along the highways between Phoenix, Tucson, and El Paso. In the interest of keeping the secret, I won’t divulge exactly what The Thing is except to say that the exhibit was originally created by a man known for peddling faux shrunken heads, mermaids, and other biological oddities as sideshow attractions.

To see a “real” mermaid in the flesh, motorists needed to head much farther east, to Florida. There, in tiny Weeki Wachee, a former stunt swimmer named Newt Perry established his famous Mermaid Shows in 1947 in hopes of netting travelers heading south to destinations like Fort Lauderdale and Miami. Those who stopped were treated to an underwater ballet performed in a natural spring pool by beautiful women dressed in fetching fish tail costumes. Elvis Presley and Esther Williams are among the many luminaries who attended a performance. You can too. Even today, the shows remain an immensely popular attraction.